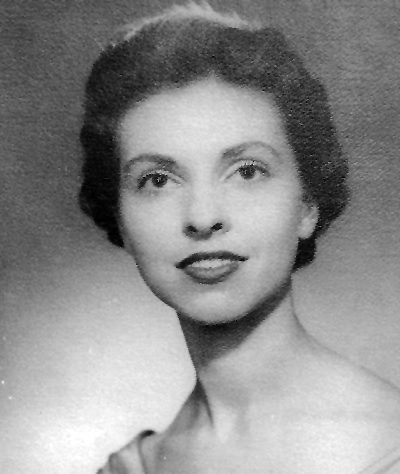 Isabell went to be with the Lord on 2-22-22 at her home in White Stone on Dymer Creek. She was surrounded by her devoted husband Nelson Horsley Sr.; her loving son Nelson Horsley Jr.; her granddaughter Katie Dew; grandson-in-law David Dew, and Mandy Sikorsky. She left this world peacefully surrounded by love.

Isabell, born Isabell Amanda King, was raised in Onemo, Mathews, Va. She met the love of her life, Nelson Horsley, and they married on December 21, 1952. They had one son, Nelson Bailey Horsley Jr., in 1954 and lived in Gloucester, Va.
Isabell worked at the Naval Weapons Station and went to night school at William & Mary College, all while taking care of her family. Nelson Sr. and Isabell had a hobby of buying small pieces of land, clearing them, and selling them. This hobby became her passion, and in April 1973 she earned her real estate license and worked part-time. Isabell found so much joy in real estate that she received her broker’s license in 1975 and founded her own brokerage, Isabell K. Horsley Real Estate, in Urbanna, Va. She showed determination in real estate and creativity in advertising throughout her career, while really setting a pathway as a woman in the business. Isabell loved what she did and took pride in serving her clients, many of whom became lifelong friends. Her legacy continues today through Nelson Jr. and David and Katie Dew.

Many knew her through her business career, yet Isabell was even more family oriented. Her devotion and love for her husband was her true legacy. Nelson Sr. and Isabell eloped at a young age and made a lifetime of memories from sailing, waterskiing, entertaining friends, motoring around the Piankatank, card games, to traveling to many parts of Europe, multiple trips to Haiti, cruises, and vacationing in one of their favorite places, the Cayman Islands.

Isabell was a member of Ware Episcopal Church, Gloucester, where she sang in the choir with her beautiful soprano voice. She was an avid tennis player and always enjoyed gatherings at their home, Landfall, after church to entertain family and friends. She taught two of her grandchildren, Katie and Bailey, how to live life with travel, culture, work ethic and love.

In March 2006, Isabell was diagnosed with Alzheimer’s disease, which she fought with determination for nearly 16 years. Her wisdom continued throughout these years, as she always had a way with words and knew exactly what to say.
Isabell’s love and memory will live on with each and every one who was lucky enough to know her.

There will be a private family memorial service, with a celebration of life at a later date.