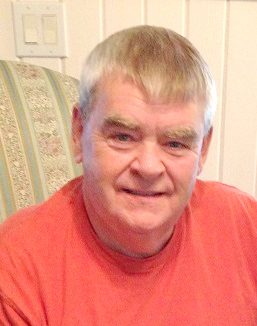 Herbert Paul Edwards, 76, went to be with the Lord on Wednesday, Aug. 24, 2022, at Manatee Memorial Hospital in Bradenton, Florida. He was born on Oct. 23, 1945 in Newport News and was the son of the late Julius and Estelle Edwards of Hayes. He lived in Gloucester for most of his life, graduated from Gloucester High School, and was employed for 20 years at the Naval Weapons Station of Yorktown. He then began working with his father, Julius, at his cabinet shop (J.A. Edwards Custom Cabinets) in Hayes. Eventually, Herbert took over the family cabinet shop business where he enjoyed doing what he loved (building custom cabinets) for many years. He was a longtime active member of Union Baptist Church in Hayes, where he was an usher and deacon. He enjoyed coaching softball, drag racing, NASCAR, car shows, antique cars, and fellowship with friends. For the last 12 years, Herbert spent half of his time in Palmetto, Florida, with his wife. He enjoyed the community activities, driving his golf cart in parades, and part-time cabinet jobs.
Herbert is survived by his loving wife, Kay Edwards; three daughters, Shelly Custis (Gary) of Newport News, Kelly Caldwell (Scott) of Chesapeake, and Paula Brinkman (Rusty) of Cañon City, Colorado; two sisters, Julia Ann Blake (Joe) of Hayes, and Gloria Faye Groft of Hayes; seven grandchildren; three great-grandchildren, and a host of nieces, cousins, and great friends.

Funeral services will be held at 2 p.m. Friday, Sept. 2 with visitation from 1-2 at Union Baptist Church by Pastor Jared Berry and Pastor Richard Whiteheart. Burial services will be held after the funeral at Bellamy Memorial Cemetery in Gloucester, 4870 Chestnut Fork Road. In lieu of flowers, contributions may be made to the Building Fund at Union Baptist Church, 9254 Guinea Road, Hayes, Va. 23072.