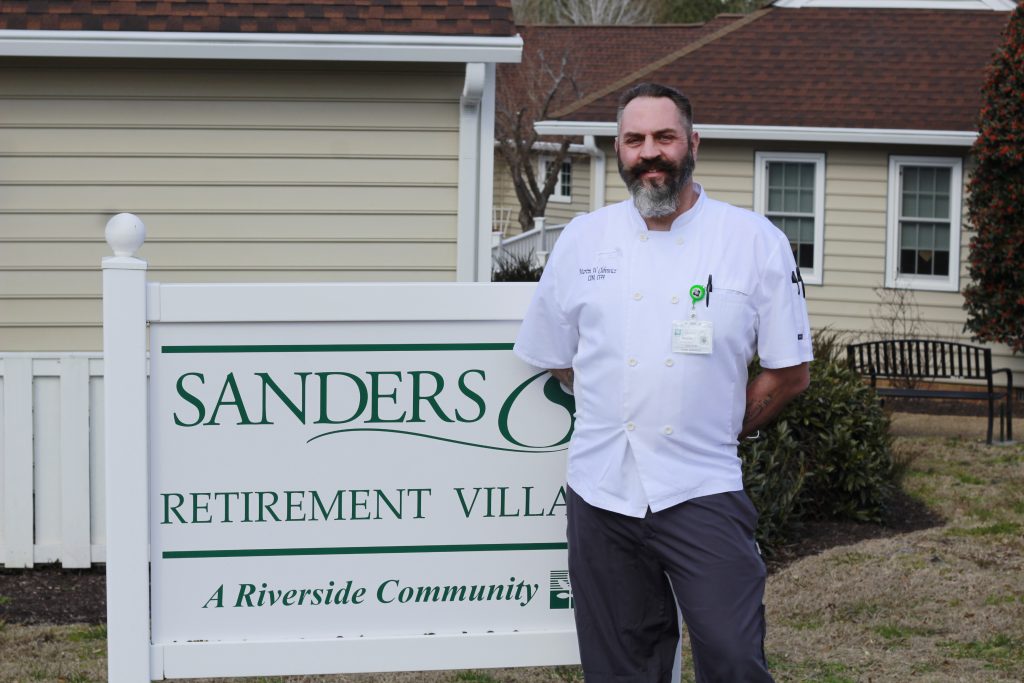 Head chef Martin Clebowicz is the newest member of the Sanders Retirement Village team, according to an announcement from the Gloucester senior living community.

A Gloucester resident, Clebowicz “knows how to get straight to the heart of what our residents love when it comes to amazing food, and he is looking forward to serving up some incredible dishes,” a release stated.

At the age of 40, Clebowicz decided to change the course of his career and enrolled in the Culinary Institute of Virginia where he not only graduated, but returned to earn a degree in baking pastry and another in culinary nutrition and became a certified dietary manager, as well.

His culinary career has taken him to such eateries as Crocs 19th Street Bistro, Blue Talon Bistro, The Blackbird Bakery; was the pastry chef at The Tides Inn in Irvington and, most recently, he was the sous chef at the restaurant formerly known as The Trellis, which has reopened as La Piazza.