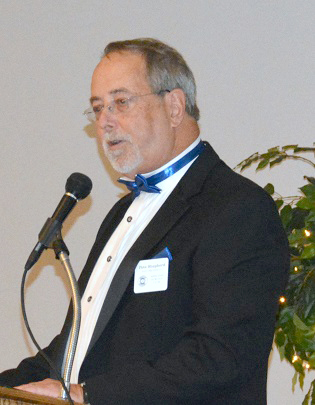 Harry Wingfield Louthan Shepherd Sr. (Pete), age 68, of Hayes, surrounded by family, went to be with the Lord on June 8, 2021. He was a U.S. Navy veteran, owner of Shepherd’s Waterfront Properties, and a proud member of the GHS Class of 1970. He was both a Mayflower and a Jamestown descendant. He had a relative who was killed at the Alamo.

He was a Ruritan Forever and a Tom Downing Fellow. He was preceded in death by his parents, Dr. Richard Thomas and Mrs. Mildred Louthan Shepherd, and brother-in-law, John Stanley Clements Sr.

Pete was smart, witty, and a natural-born leader, organizer, and spontaneous orator. He was President of the Gloucester-Mathews-Middlesex Board of Realtors; President of the Gloucester Point Rotary Club; President of the Abingdon Ruritan Club; Board President of Jamestown Education Center; Ruritan Zone 4 Governor Chesapeake District; Ruritan Lieutenant Governor Chesapeake District; Board Member & Secretary-Treasurer, Chesapeake Bay & Rivers Association of Property Services. Pete was a Mason in Urbanna Royal Arch Chapter No. 59 and Penn-Neck Commandery No. 33 Knights Templar of Virginia. He was a member of the Gloucester Historical Society, Colonial Corvette Club, Middlesex Shooting Sports Club, INO Hunt Club, and the INO Hearts Group. In his spare time, he played tennis, bridge, planned bus trips to Dover, Delaware, hunted, fly-fished and traveled with Mary Lou.

This was Pete’s third bout with cancer. He fought the good fight. On the morning of June 8, he proclaimed that he wanted to go home—his Heavenly Home. At 4:52 p.m. he was with Jesus.

Andrews Funeral Home was in charge of arrangements.