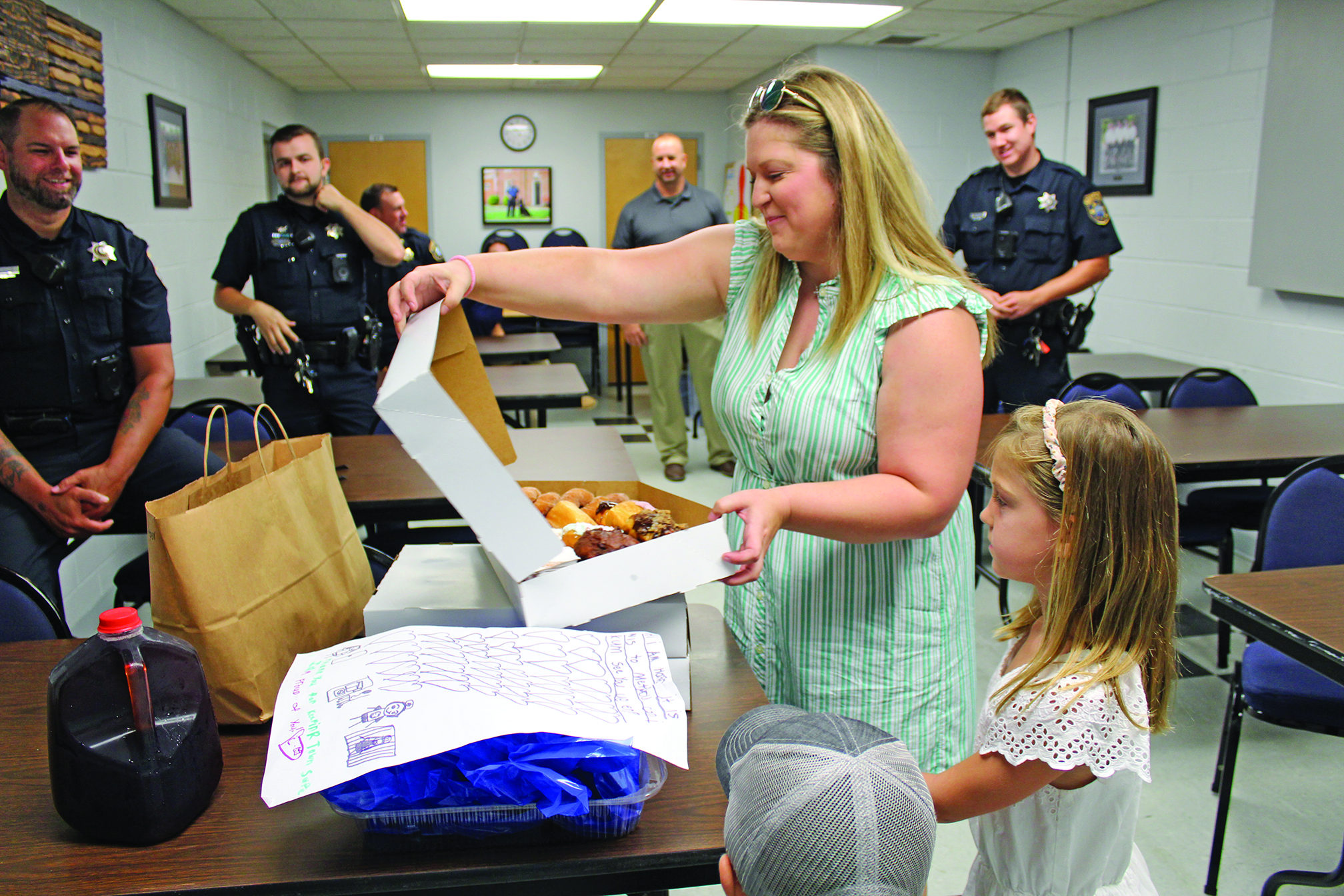 MELANY SLAUGHTER / GAZETTE-JOURNAL Harper Monroe of Gloucester decided earlier this summer she would like to thank all police officers at the Gloucester Sheriff’s Office by bringing them her favorite things, which became “Harper’s List.” Here, Harper and her mother Brittany Monroe unpack all of the goodies on Friday.

Several weeks ago, Brittany Monroe and her daughter Harper were in the car when they passed an on-duty police officer on Route 17.

“Harper said to me ‘we should really say thank you,’” said Brittany.

Brittany agreed that they should say “thank you” to the officer, but Harper had bigger ideas. She did not just want to thank that one police officer; she wanted to thank all police officers.

“I want to take them my favorite things,” Harper said to her mom.

“Harper’s List” is a culmination of all of Harper’s favorite things that she wanted to give the Gloucester Sheriff’s Office. With help from the community, Brittany and Harper achieved that goal.