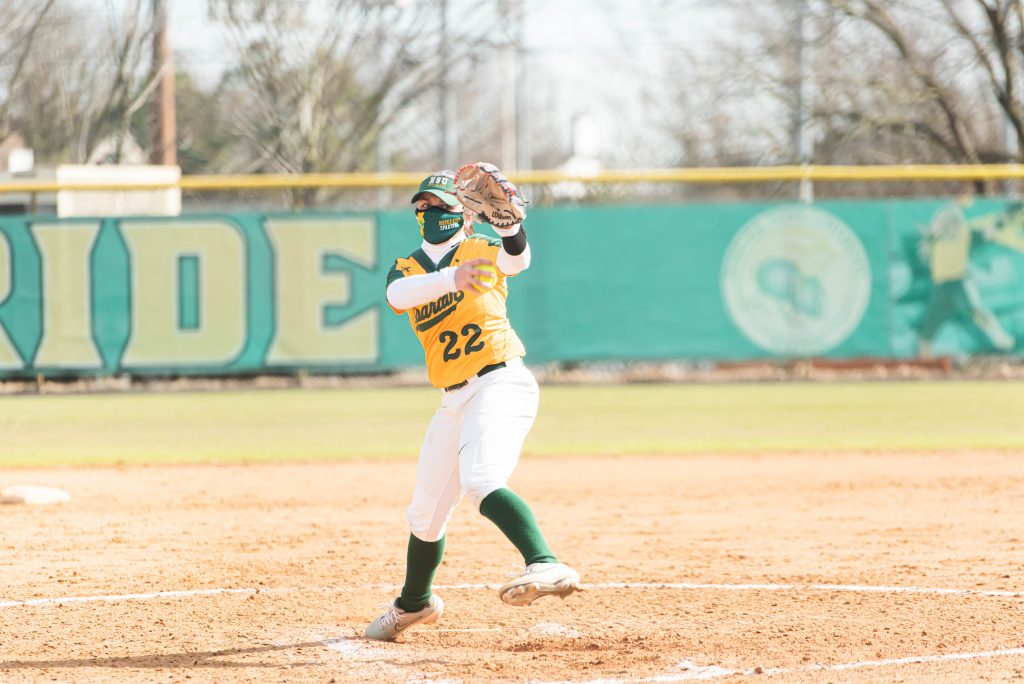 Kirsten Greene, a 2019 Gloucester High School graduate and a sophomore at Norfolk State University, was named the Second Team All-MEAC Pitcher for the 2021 season by the Mid-Eastern Athletic Conference coaches.

Greene allowed less than one base runner per inning while striking out 39 batters in 42 innings of work. She was also named the MEAC pitcher of the week twice during the season. Greene allowed only 24 hits in those 42 innings and in her 21 appearances, 20 of them were in relief as she was the “ace” out of the bullpen.

Green’s ERA was 1.3, which was almost a full run better than the next best pitcher’s mark this season. She was ranked the nation’s 18th best pitcher in hits allowed per nine innings (3.74) and was 28th in the nation in ERA (1.30). Greene ended the season with a 2-2 record and two saves.

Greene will be entering her third year at NSU this fall, but due to the COVID-19 epidemic, she will have four years of eligibility left if she chooses to go to graduate sc...