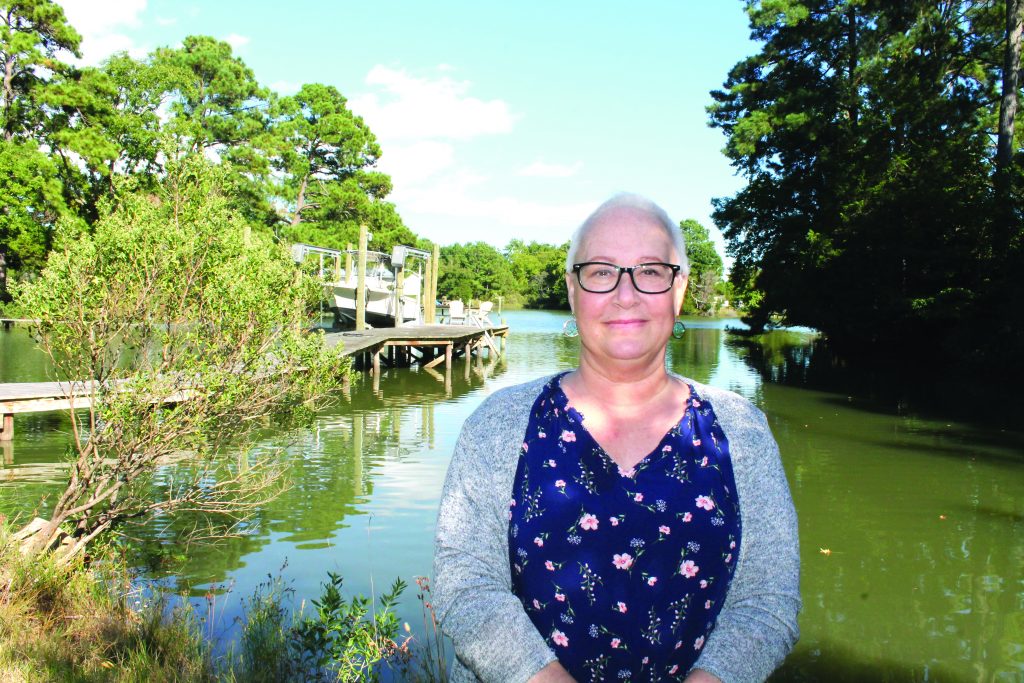 SHERRY HAMILTON / GAZETTE-JOURNAL Cathy Estep of Gloucester, has been battling a rare form of breast cancer. Here, she is shown at her home on a creek off the Severn River.

Earlier this month, while preparing to enter the last battle of a grueling seven-month fight against a rare type of fast-growing cancer, she was delighted to report that her hair was growing back, her fingernails hadn’t fallen off, and her body appeared to be reacting with a vengeance to her last chemo treatment.

“Those are good signs my immune system is fighting back,” she said.

Estep’s health hasn’t been a walk in the park. She had a benign lump in her breast 15 years ago that had to be removed, and in 2015 she was hit with a double whammy when she had to have cardiac catheterization for an 80 percent coronary artery blockage, followed close on by the discovery of a slow-growing carcinoid tumor in her colon that required chemotherapy.

But she had been in remission ever since, and her annual mammograms had been clear, including the one she had last September, so life...