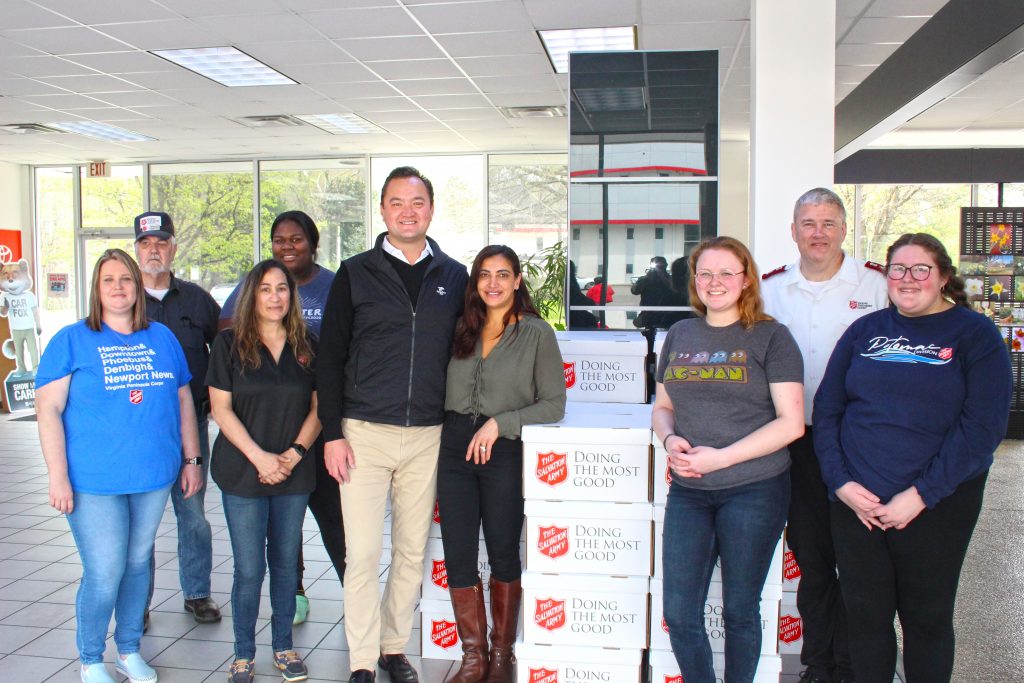 Major Jim Spencer of the Salvation Army of the Virginia Peninsula said the organization brought around 400 boxes of food to be handed out to Gloucester residents. About 50 boxes were donated; however, Spencer said the remaining boxes will be available for pickup at the Gloucester Salvation Army, located at 7059 Linda Circle.

On the same day, Gloucester Toyota President Jeffery Brown announced to his staff that the business was awarded the Central Atlantic Toyota’s President’s Award for 2021.