King Day: Gloucester service focuses on our responsibility to one another 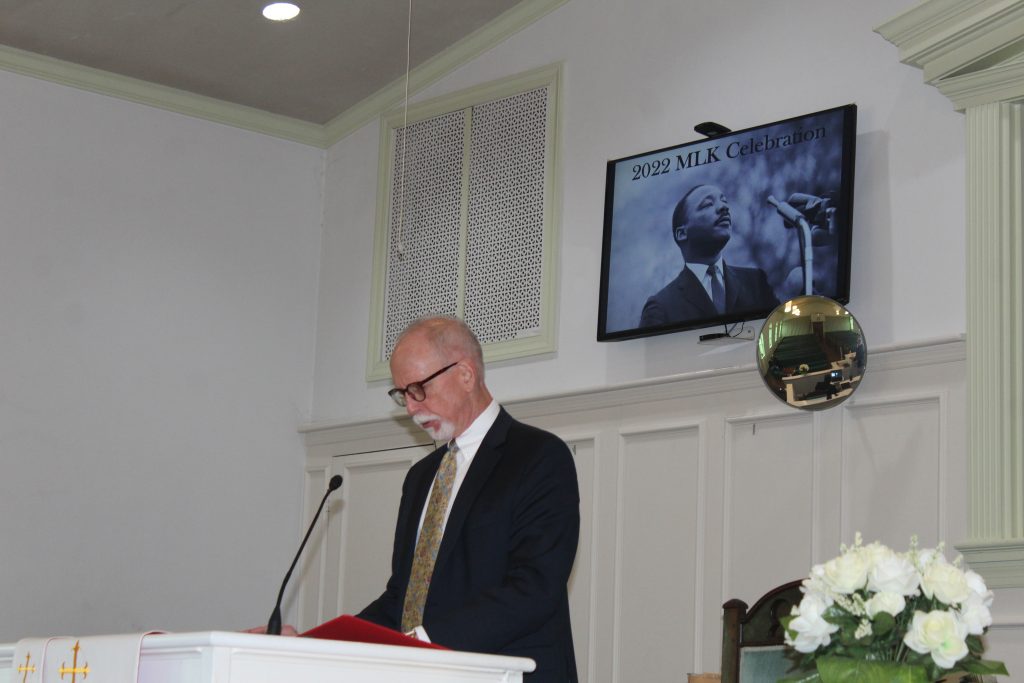 MELANY SLAUGHTER / GAZETTE-JOURNAL Pastor Doug Nagel of Grace Covenant Presbyterian Church delivered his sermon, “Am I My Brother’s Keeper: The Time is Right To Do the Right Thing,” at a service of celebration for the Rev. Dr. Martin Luther King Jr. Monday at the First United Baptist Church in Gloucester.

The Gloucester United Relief Association sponsored a virtual service of celebration for Rev. Dr. Martin Luther King Jr. Monday, where Dr. Doug Nagel, pastor of Grace Covenant Presbyterian Church, delivered a sermon titled, “Am I My Brother’s Keeper: The Time is Right To Do the Right Thing.”

Speaking from the First United Baptist Church, Nagel began his talk by reading the story of Cain and Abel from Genesis, where Cain kills his brother Abel and God asks Cain where his brother is. In the story, Cain responded: “I do not know; am I my brother’s keeper?”

Throughout his sermon, Nagel used the words of King to emphasize that “we are our brother’s keeper.” The first King quote he used in his sermon was, “We may have all come on different ships, but we’re in the same boat now.”

“Some came on passenger ships,” said Nagel. “Some came chained in the cargo hold. Some came first class. Some were not given even the status of humanity.