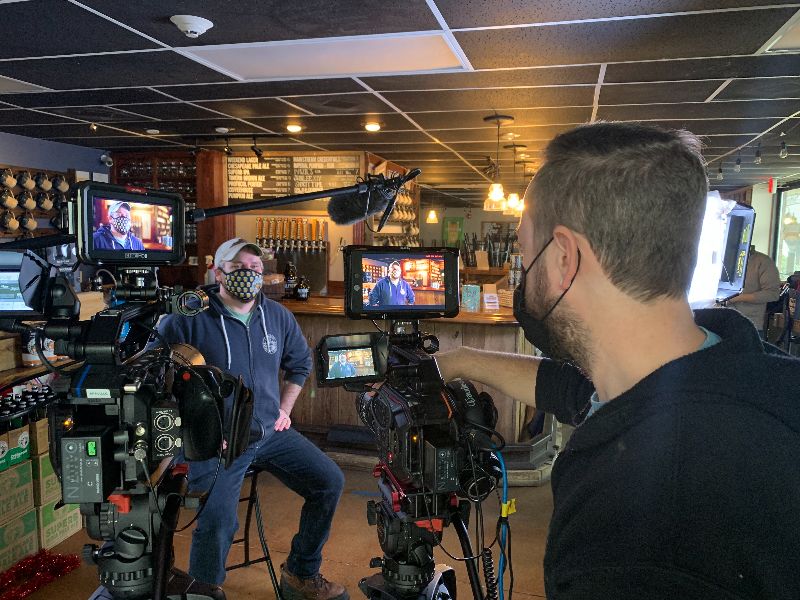 Consociate’s video work in action, with Andy Flint, director of video, behind the camera, while Kyle Meyerhoff of Alewerks Brewing is interviewed. The Gloucester firm received three Telly Awards for its video productions.

Consociate Media of Gloucester received three Telly Awards for video productions in results announced on May 25 by the 42nd annual Telly Awards in New York.

The videos, all produced in 2021, were led by Consociate Media’s Director of Video Andy Flint and included collaboration with award-winning photojournalist Rob Ostermaier.

Consociate Media earned the Silver Award for its KO Distilling Branding video, which showcases the making of gin and whiskey by the Manassas-based small business.

Bronze awards went to a video produced for Virginia Sea Grant and the Virginia Institute of Marine Science on the making of Alewerks’ York River Oyster Stout; and for Virginia Wine on Lost Boy Cider, a Virginia Governor’s Cup Case winner.

Consociate describes itself as relying “on a blend of marketing, media and management techniques to share the stories of the people behind business.”

Consociate is marking 10 years in business. Starting from a video department of one person, it now has ...