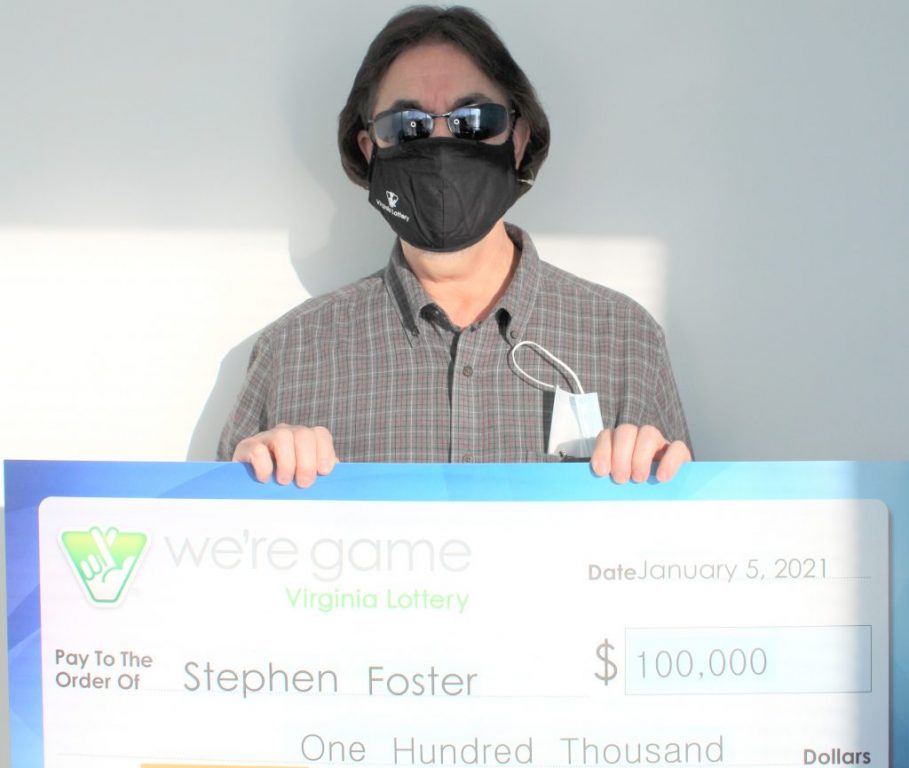 All of us hope that 2021 will turn out to be a better year. But for Steve Foster, it certainly started out that way.

It was New Year’s Day, and the Gloucester resident was talking with a friend about the Virginia’s New Year’s Millionaire Raffle winning numbers that had been announced earlier in the day. Both of them had tickets, and they were checking the winning numbers.

When Foster read his ticket numbers to his friend, the friend told him he had a big winner.

“Don’t mess with me!” Foster told him.

“It feels like it’s not really happening to me,” he told Virginia Lottery officials as he claimed his prize.

He bought his winning ticket at the 7-Eleven at 7077 George Washington Memorial Highway, south of Gloucester Court House.