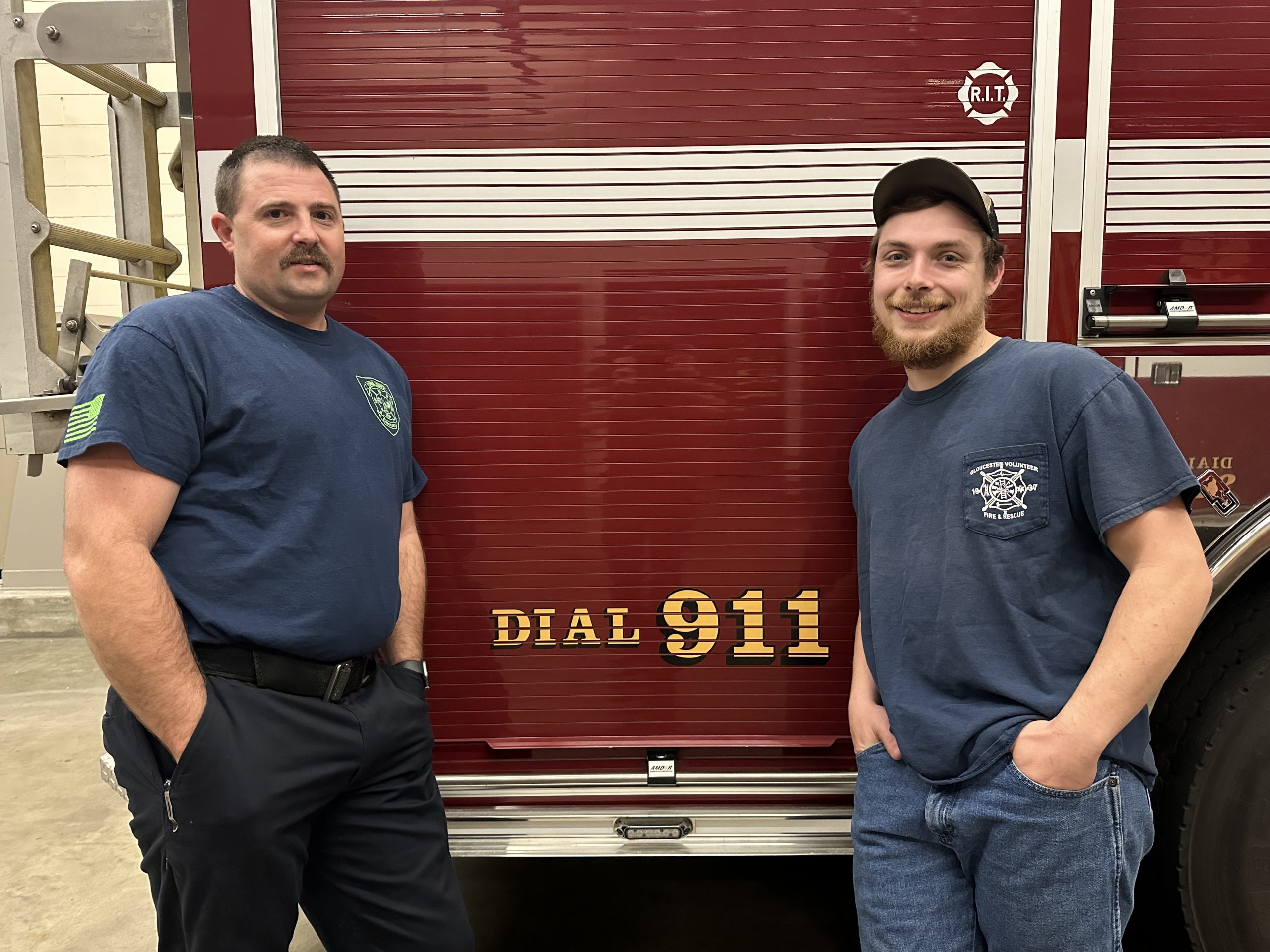 Gloucester Volunteer Fire and Rescue Squad firefighters Ashley Rowe, left, and A.J. Hamilton put themselves at risk last week when they entered an icy retention pond to rescue a young girl who fell through the ice.

Two Gloucester firefighters risked their own safety on Thursday to rescue from drowning a 12-year-old girl in an icy retention pond.

A.J. Hamilton had just gotten home from a morning spent hunting and Ashley Rowe was at his friend Stephen Field’s house when the call went out at 1:30 p.m. that a child had fallen through the ice in a pond in the Patriots Walk subdivision. All three men were within a mile and a half of the scene, so they drove straight there, with A.J. arriving first, in just three minutes.

The girl was about 30 feet out from the shoreline, said the men, and she was hanging onto the edge of the ice, emitting “a death scream of pure terror” as she struggled to keep her head above water.

A.J. headed out onto the ice, and since it was “supporting him just fine,” Ashley followed. Stephen, also a firefighter, stayed on the shore as backup help. As A.J. got close to the girl, the ice gave way and A.J. slid into the hole with her.

“We had another person on shore to ...