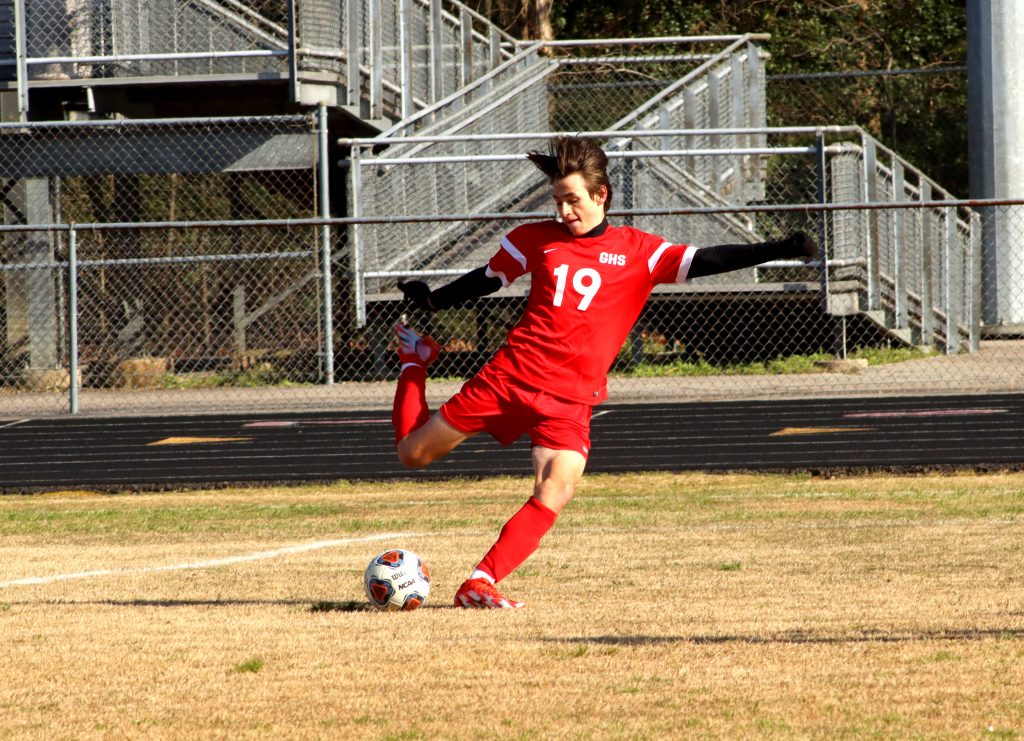 The Gloucester Dukes soccer teams faced off against the Kecoughtan Warriors Tuesday night. The varsity teams hit the road while the JV boys’ team hosted the Warriors at home. The JV girls did not have a game.

The varsity girls shut out the Warriors on Kecoughtan’s own turf, winning 8-0. Hanna Heaton put on a dominant performance, scoring six of the team’s eight goals with one coming from a free kick. Caroline Merchant scored once and the final score was an own goal by a Kecoughtan defender following a corner kick from Mara Collier.

Collier led the team in assists with two, while Rylie Williams also recorded one assist. Goalkeeper Joelle Forrest also recorded an assist off a punt. Forrest had three saves in the game, one from a penalty kick.

The varsity boys didn’t have the same success as the girls, falling to the Warriors, 4-0.

The JV boys racked up the points against the visiting Warriors, beating them, 7-0. Kollin Wilson had a great game, recording a ha...