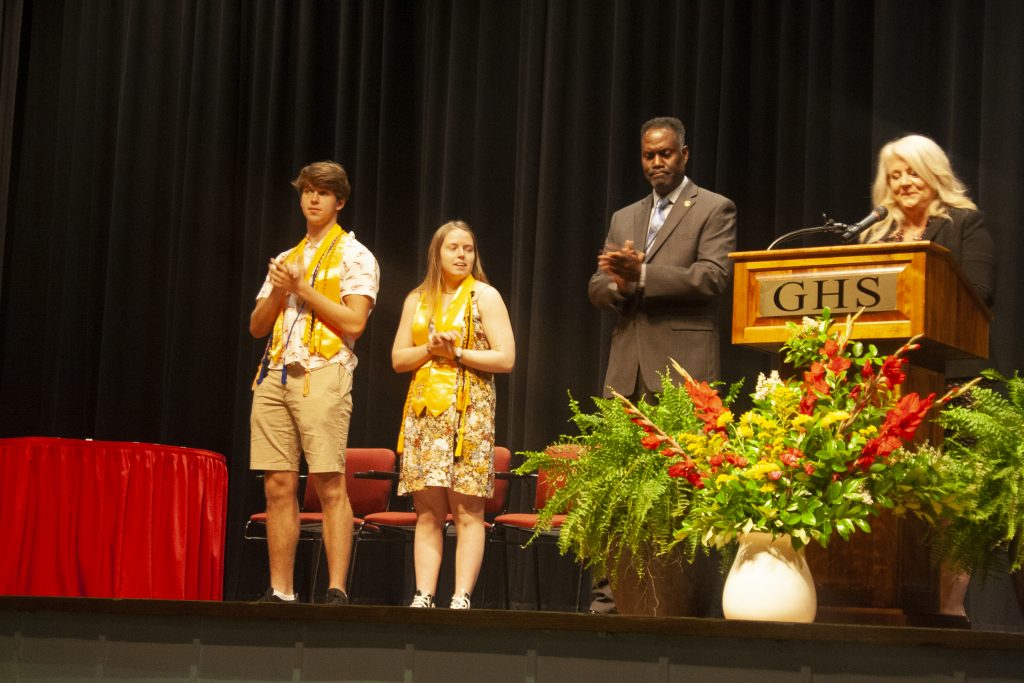 The seniors’ parents and other supporters were all smiles as they watched their student walk across the stage to receive honor cords and certificates. The following awards were presented: