GHS golf falls behind Menchville at match; still atop district 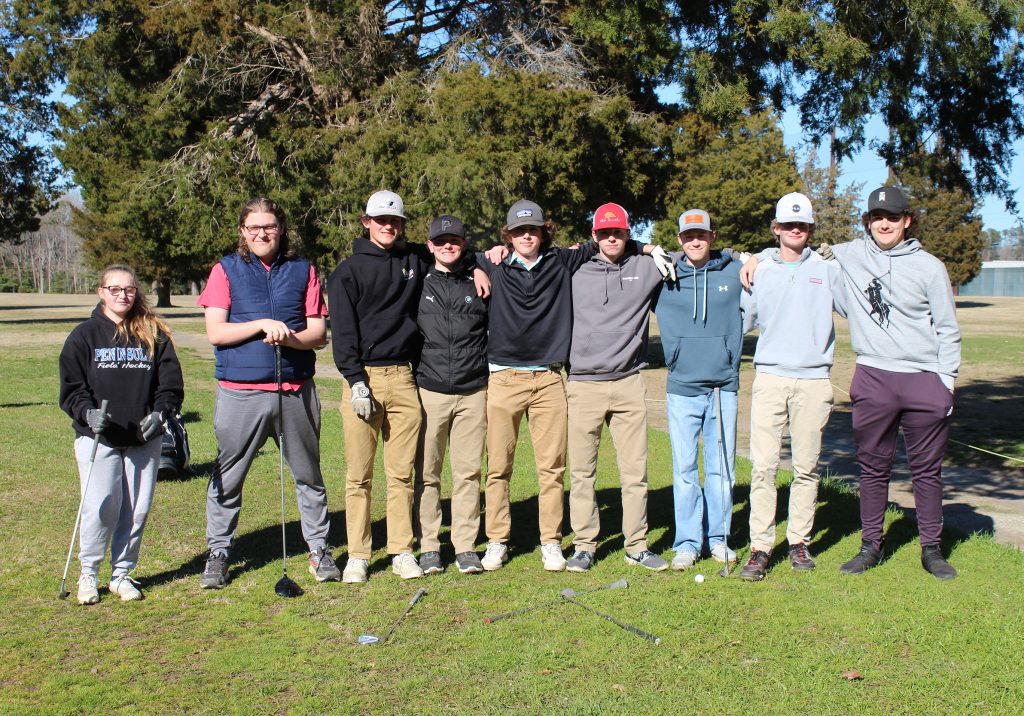 The Gloucester High School golf team is tops in the Peninsula District so far this season with a score of 1037. Members of the team are, from left, Lucy Alexander, Lambert Moulenbelt, Gunner Healey, Camden Richardson, Jackson Dutton, Drew Adkins, Zachary Barrack, Andrew White and Wyatt Lawson.

The Gloucester High School golf team fell behind Menchville a bit in last week’s match at the Woodlands Golf Course in Hampton, but GHS is still leading the Peninsula District with a score of 1037.

Camden Richardson led Gloucester at the March 17 match with an 82, followed by Andrew White with an 85 and Wyatt Lawson with an 88. Next for Gloucester were Gunner Healey (90), Drew Adkins (97) and Lucy Alexander (102).Gloucester’s team score for the match was 345 and Menchville’s was 334.