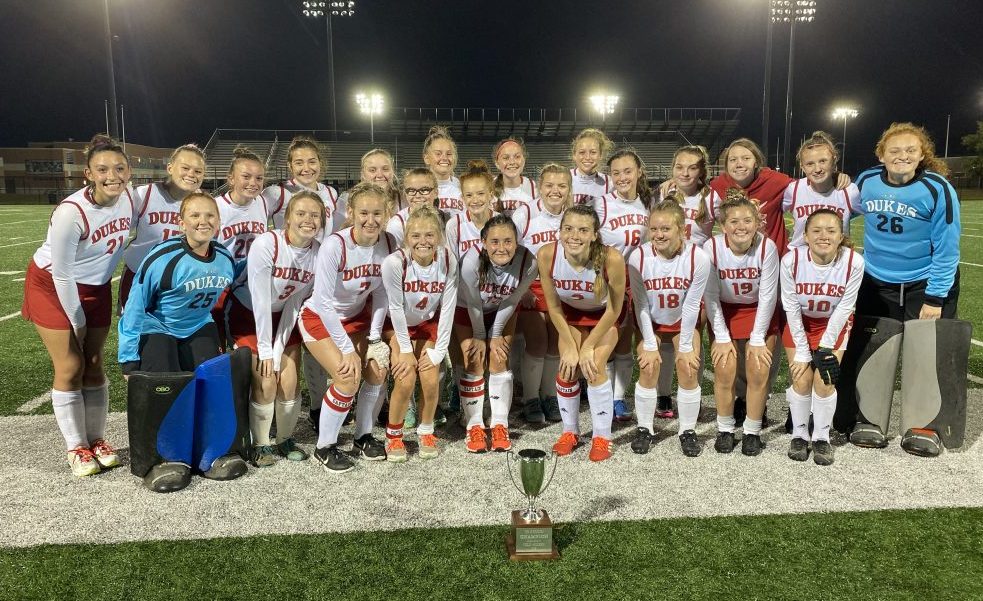 After beating Maury, 6-0, in the Region 5B Field Hockey Tournament semifinals on Nov. 3, the Gloucester High School varsity girls dominated Nansemond River, 5-0, in the final last Thursday to capture the 5B crown at Powhatan Field.The undefeated Dukes finished this portion of the post-season with an 18-0 record. They were scheduled to host the First Colonial Patriots in the VHSL Class 5 state tournament quarterfinal at 6 p.m. Tuesday in the GHS stadium. Due to early deadlines this week, the result of Tuesday night’s game was not available by press time.

Senior Aubree Dorsey and freshman Reese Miller led the offense against the Warriors with two goals each in the final, and freshman Abby Junker chipped in the first varsity goal of her career to close scoring. Junior Channy Johnson contributed three assists and freshman Bailey Wilson had two.

Gloucester coach Joe Dougherty said it was a complete game played by the entire team and was the most offensively efficient game of the seas...