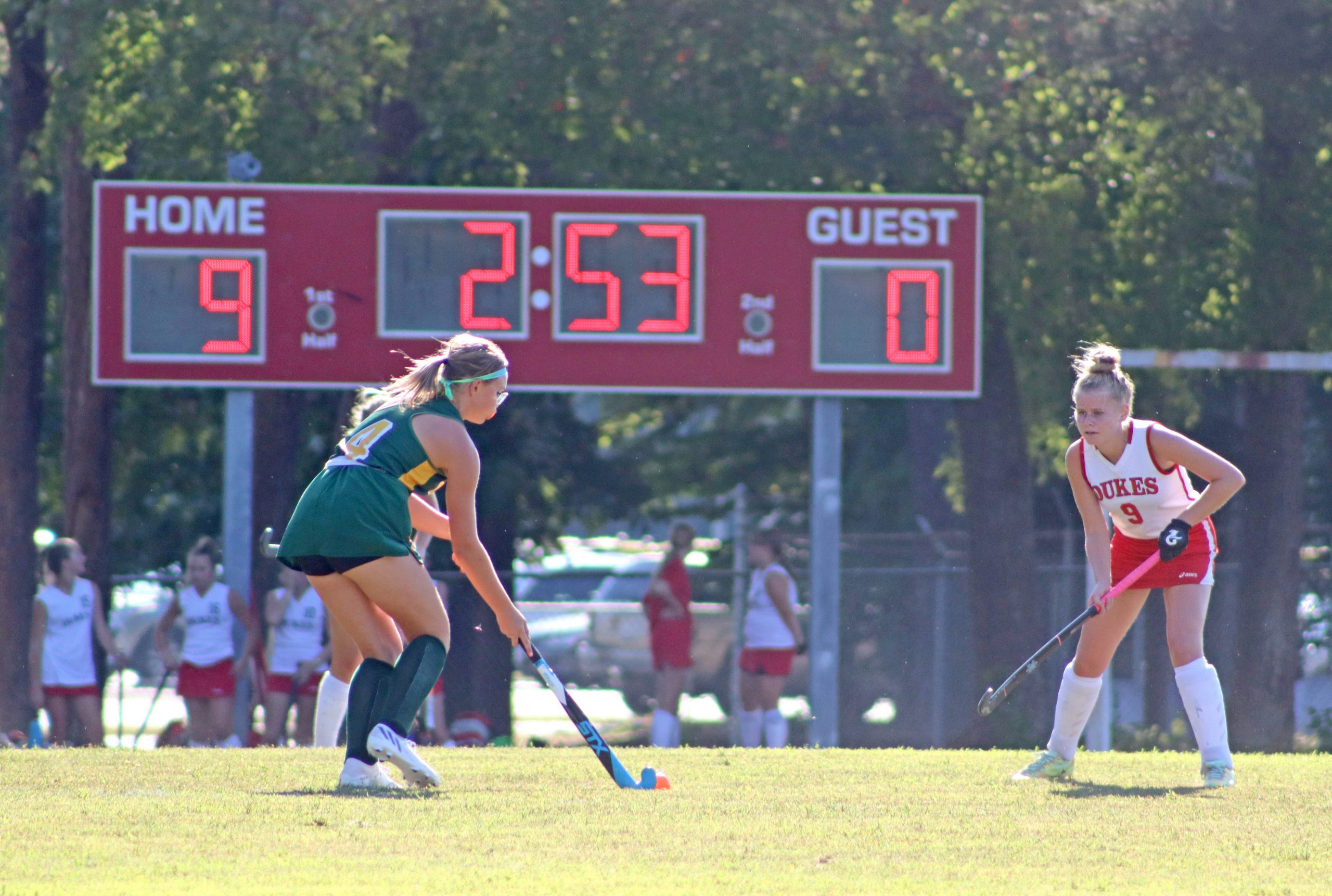 Freshman Peyton Sutton stares down a Prince George player after Gloucester recorded its final goal of last week’s dominant win over the Royals.

The Gloucester High School varsity field hockey team rolled over the Royals of Prince George in its 9-0 win last Thursday, improving its record to 5-0 on the season.

Leading the team in scoring was Reese Miller who recorded three goals on the day. Channy Johnson and Hannah Symonds had two goals each and Kamryn McDonough and Mackenzie Reece scored one goal apiece.

Avery Watkins led the team in assists with two. Bailey Wilson, Peyton Sutton, Ainslee Brown, Johnson, Miller and McDonough had an assist each.

On Tuesday, the Dukes traveled to Kempsville to face the Chiefs. Gloucester brought home the victory with another shutout, 6-0. Johnson, Miller and Reece had two goals each. Johnson and Kaylee Hall had two assists each, with Reece, Watkins and Wilson recording one assist.

Gloucester now holds a 6-0 record and will look to add to its win total on Tuesday as the Dukes host Kecoughtan.
...