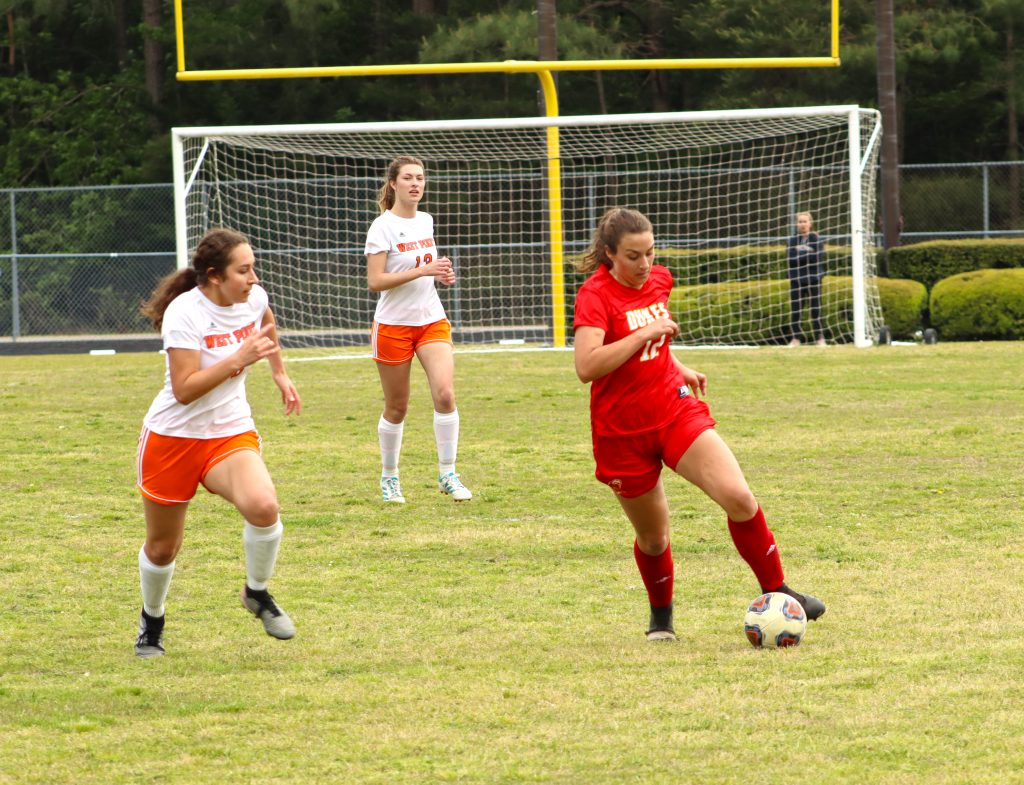 The Gloucester High School varsity girls’ soccer team beat the West Point Pointers last Wednesday, May 11, at home with a final score of 4-2. Lady Duke Cori Morgan is shown fighting to keep the ball away from a West Point player. Photo by Tyler Bass / Gazette-Journal

The Gloucester girls’ varsity soccer team picked up a pair of wins over the week, beating West Point, 4-2, last Wednesday and Phoebus, 8-0, on Tuesday.

Despite being a small division, West Point gave Gloucester a fight during the rainy game last week. Three of the Dukes’ goals came from Hanna Heaton, with the other coming from Mara Collier who shot hers in from a distance off a free kick. Collier and Caroline Merchant recorded an assist each. Goalkeeper Bailey Wilson recorded six saves in the game.

The Dukes spread out the points against Phoebus. Merchant and Cori Morgan recorded two scores each. Collier, Heaton and Rylie Williams had one goal each. The other point came from a Phoebus own goal when a Phoebus defender had bad luck trying to stop a cross from Heaton.

Heaton had four assists in the blowout...