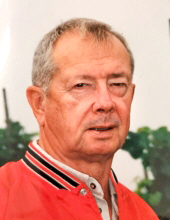 A Marine died today. Gerald (Jerry) L. Buckner, age 86, went on permanent guard duty on Jan. 11, 2023. Jerry’s family, friends, and his own orneriness carried him through his months of pain. He is survived by his wife, Amenta, of 61 years; two children, G. Lee Buckner Jr. of Powhatan, Va., and Nancy B. Welch of Mathews, Va.; their spouses, Robin and Todd; two grandchildren, and two great-grandchildren. Jerry graduated from the Mathews High School in 1954 and served for eight years in the U.S. Marines during the Korean conflict as a sergeant. He graduated from Virginia Tech and went to work for Virginia Power as an engineer and retired after 30 years as a project manager. He was preceded in death by his parents, Virgil B. Buckner and Kathryn, and stepfather, J. Wilkins Sanders. Jerry made the statement—the three best things that happened to me are: that I was a U.S. Marine, that I graduated from Virginia Tech, that I married saint Amenta. A Celebration of Life will be held at St. Matthias Episcopal Church, 11300 Huguenot Road, Midlothian, Va., on Saturday, Feb. 4, 2023 at 10 a.m. In lieu of flowers, contributions may be made to Virginia Tech, Marine Corps Heritage Foundation, or your favorite charity.
Semper Fi—Go Hokies!