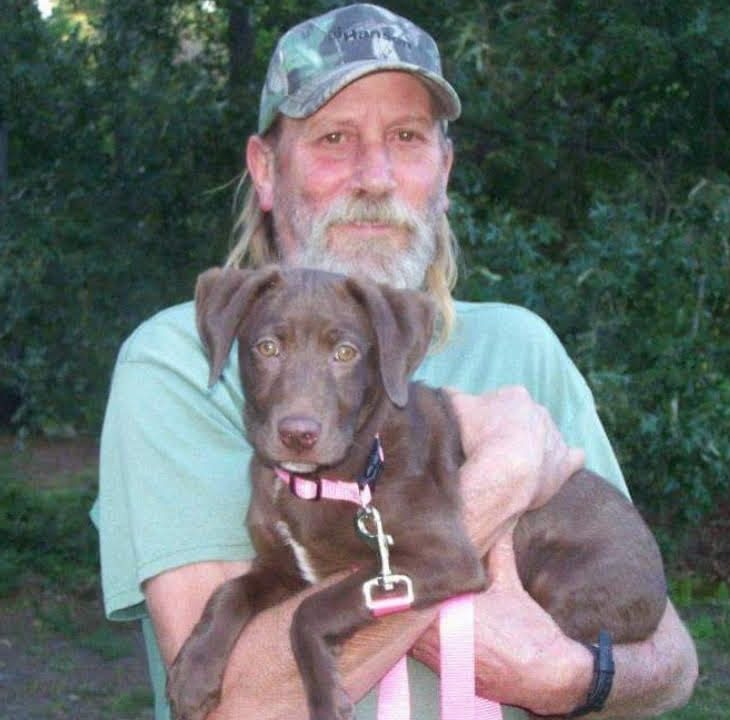 On Sunday, April 10, 2022, Geoffry Lynn LaLand “Hippy” of New Point, Virginia, raised the white flag and reluctantly surrendered to the Kingdom of Heaven after a long battle with illness. For those of you who truly knew Geoff, you know he put up quite a fight and gained seven years of ground before this surrender; a feat that even the greatest of generals must respect.

Geoff was born in Fort Benning, Georgia, to George and Patricia LaLand on Nov. 23, 1955, and was eventually blessed with a little sister named Denise. As a military family, they were given the opportunity to see the United States before eventually settling in Virginia. As life played out Geoff had his share of tragic loss and great joy. None of these joys were, we dare say, greater than the birth of his only child, Geoffry “Lynn” LaLand Jr., and eventually the blessed marriage to his beloved wife, Nancy LaLand, on a Little League baseball field located in a small place called Mathews County in 1997. With that marriage, Geoff took on three additional children, Shawn, La’Tina, and Jason Hassell, finally giving him the big family he had always dreamed of. Little did he know how big his family would get. Geoff was later blessed with three daughters-in-law, Stacey LaLand, Michelle Hassell, and Audrey Hassell, and four granddaughters, Aubrey LaLand, and Kyrstin, Abbi and Kali Hassell.

Geoff had the life he always dreamed of in a career of 40 years with EV Williams, a successful marriage and happy home life, good friends, and a little piece of land to call his own in New Point. He was a history buff and took great pride in educating, as well as debating with, friends and family. He loved baseball and took great joy in coaching his son Lynn’s Little League teams. He was ever an avid fisherman, a wonderful husband, father, and grandfather, as well as a great friend.

Geoff will truly be missed. The family would like to invite everyone to join them for a Celebration of Life gathering being held from 6-8 p.m., Thursday, April 14, 2022, at Faulkner Funeral Homes, Foster-Faulkner Chapel Home, Mathews, Virginia.