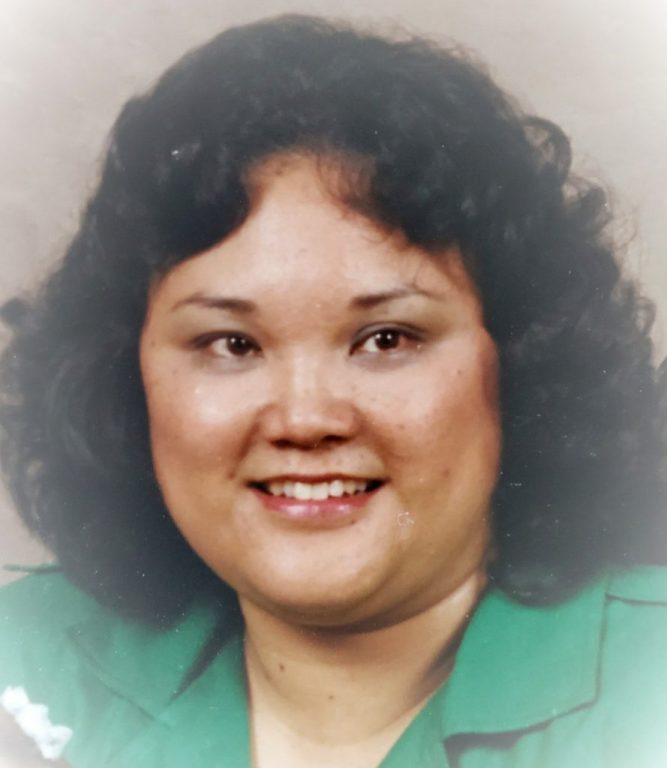 Heaven welcomed another child of God, Francine Alexis Cabatbat Millen, who left this world on Dec. 14, 2020 to go home to her Lord and Savior after a lengthy battle with multiple illnesses. Born Oct. 25, 1950 to the late Alejandro and Avelina Cabatbat, she lived 13 years in Aiea, Oahu, Hawaii before moving with her military family to Newport News, Virginia. She graduated from Denbigh High School in 1968 where she discovered her talent for percussion in the DHS band and attended Riverside School of Nursing receiving her LPN degree. She worked for many years with Drs. Morrison, Napier and TPMG as an office nurse in OB/GYN before retiring. Frankie, as she was fondly known, married Steve Dallas Millen in 1976. She was talented and creative in baking, cooking and sewing. She was dearly loved by all who met her. In addition to her husband, she is survived by a daughter, Amy Ashley Millen; grandchildren, Julian Riley Millen, Kuilani Nikkol Millen; sister, Gloria Hoillifield (Doug); brother, Alexander Cabatbat (Delia); nephews, Matthew Henderson (Amy), Alex Cabatbat (Hannah); a host of grand-nephews and -nieces; step-nephews and -nieces; mother-in-law, Maggie Millen; brothers-in-law, Ricky Millen (Brittany), Herman Millen, and a host of special friends and co-workers who will miss her. A celebration of her life will be held at 3 p.m. on Saturday, Dec. 19, 2020, at New Life Ministry Center, Hayes. In memory of our loved one, contributions may be made to New Life Ministry (Building fund), 3450 George Washington Memorial Hwy., Hayes, Va. 23072 or the American Cancer Society. c/o Nancy Dransfield, 7274 Joseph Lewis Road, Hayes, Va. 23072. Services under the direction of Hogg Funeral Home, Hayes.