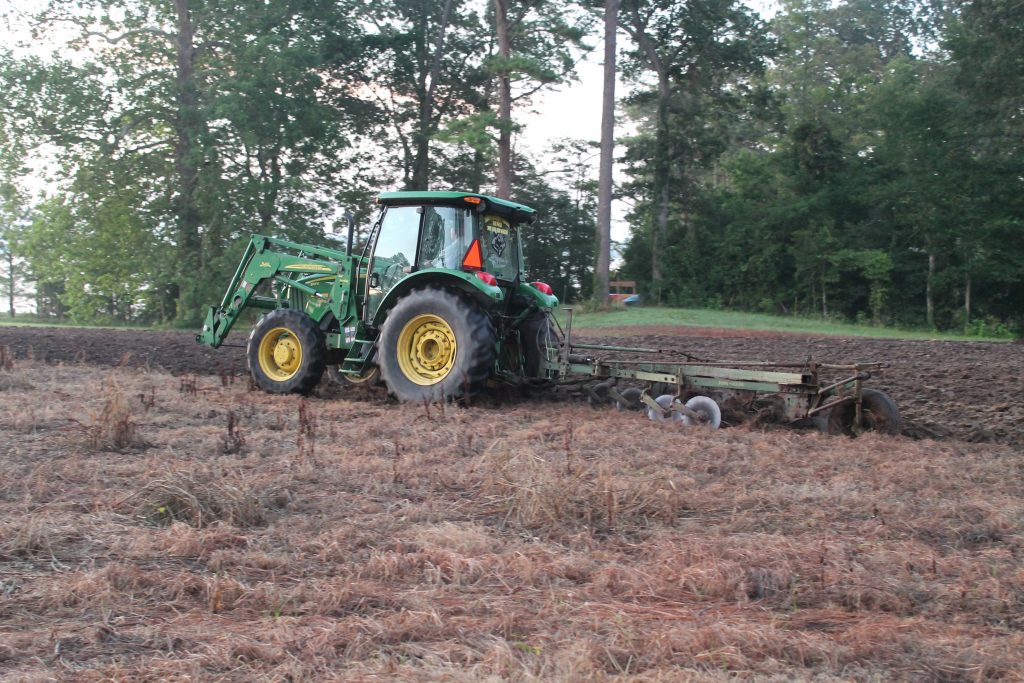 SHERRY HAMILTON / GAZETTE-JOURNAL Mathews resident G.T. Ward farms the old-fashioned way, above, bottom-plowing his land to get rid of roots and rocks. Below left, his plow makes deep furrows in the land, turning it over and turning up roots and rocks. Below right, he is shown with his Australian Cattle Dog “Guf” on a parcel at Iron Point owned by his uncle, Jack Ward.

G.T. Ward of Cobbs Creek farms the old-fashioned way, periodically bottom-plowing the land to break up roots and turn up rocks that might interfere with his crop. He raises hay for his cattle, and turns the land when it’s time to re-seed.Ward said he doesn’t practice no-till farming and doesn’t participate in government programs that encourage the practice.

One of the parcels Ward farms is at Iron Point, where his family has long owned farmland. Now owned by his uncle Jack Ward, the piece is on the Piankatank River, looking out the mouth of the river toward the Chesapeake Bay.

Ward said his grandparents, Joe and Charlotte Ward, lived at Hesse for many years, farming that land as well as their own with mules and raising six children while doing it. When their boys grew up, they moved to a place on Windsor Road.

“Fifty years ago I came here with my daddy, plowing on an old two-cylinder John Deere tractor,” said Ward. “He wouldn’t know what to th...