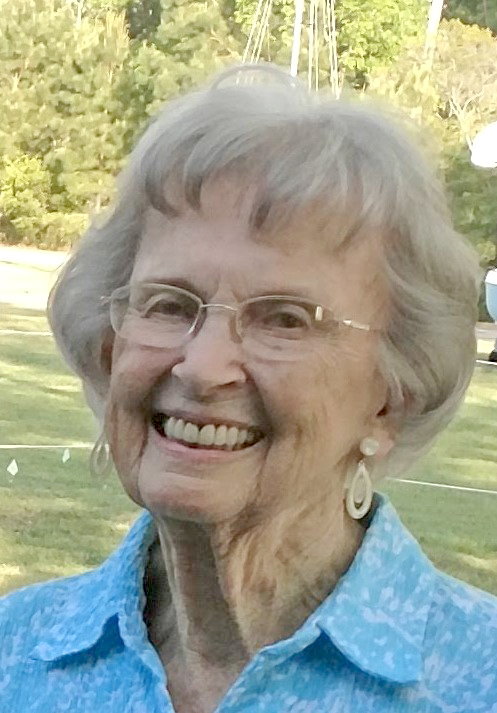 Elizabeth “Betty” Strib-ling White, a woman of grace and grit, died Sunday, March 20, 2022 at the age of 99. Her beloved daughter, Sally White, and her niece, Ann Williams, were at her side.

Betty’s life was well-lived and she was much-loved. She was born Feb. 7, 1923, the second daughter of Colonel and Mrs. Simpson Ridley Stribling. She traveled extensively in the United States and overseas, living or visiting at different times in Washington, D.C., California, Hawaii, Texas, Ohio, Georgia and Austria, the Philippines, Hong Kong, India, England, the Netherlands and more. She had lived for the last 47 years on Ware Neck in Gloucester, Virginia.

Betty attended the Anna Head School in Berkeley and Punahou School in Honolulu. She graduated from Duke University in 1944. During World War II, she served her country with the U.S. Army Office of Strategic Services and later worked for the Central Intelligence Agency in Vienna, Austria. On November 7, 1957, she married Arthur “Art” Benjamin White. They settled in Bethesda, Maryland, where their daughter Sally was born. In 1975, Betty, Art and Sally moved to Ware Neck.

Betty was an active member of Ware Episcopal Church, the Garden Club of Gloucester, and the Woman’s Club of Gloucester. While a member of the Woman’s Club, she was instrumental in establishing the history of Edge Hill House, securing the building’s place on the National Register of Historic Places and the Virginia Register of Historic Places and ensuring its future through the creation and approval of the Long Bridge Ordinary Foundation, a 501(c)(3) organization.

With a genuine interest in everyone she met, Betty was a consummate hostess whose home and garden were the location for many gatherings of family and friends. She attributed her longevity to always seeing ‘the glass’ as half-full. She loved gardening (particularly, azaleas), fishing, cooking, mah-jongg and spending time with her many friends and beloved family. She particularly enjoyed out-fishing her fisherman husband!