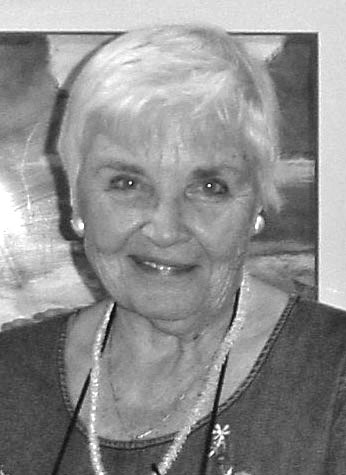 Betty was born in Tokyo, Japan, in 1925 but spent most of her childhood in Richmond, Virginia. She attended Thomas Jefferson High School and later graduated from the College of William and Mary with a degree in psychology.

Betty met her husband, Henry Schutz Jr., in college; their marriage of almost 60 years resulted in the birth of seven children, six grandchildren, and 12 great-grandchildren. Betty’s most important profession was being a mother which led her to the vital roles of junior choir director, substitute music teacher, piano instructor, gardener, artist, community volunteer, and friend. Betty and Henry raised their family in Falls Church, Virginia, where they lived for more than 20 years.

After Henry’s retirement from the FBI in 1974 they moved to New York, then to Gloucester, Virginia, where Betty became an accomplished portrait artist and instructor. Betty and Henry’s last two years together were spent in Williamsburg, the place their relationship had begun decades earlier. Following her husband’s death, Betty resided in Charlottesville and Fairfax to be nearer her children. She continued to fill her life and others with harmony, friendship, pastels and piano music, which seemed to flow effortlessly from her soul through her fingers.

Betty was preceded in death by an infant daughter; her parents, Verner and Leila Aurell; her youngest son, Robert, and her devoted husband, Henry.

She is survived by her loving children, Henry Schutz III, Carolyn and Bob Bowman, Ken and Diane Schutz, all of Fairfax, Jim and Leslie Schutz of Jerusalem, Israel, and Kathryn and Ed Amrhein of Richmond, Virginia. Her survivors also include her many beloved grandchildren and great-grandchildren who reside across the country and the world, yet have always resided close in her heart.

There was a private graveside service at Abingdon Episcopal Church Cemetery, Gloucester County on May 27, 2020, where Betty was interred next to her husband who was buried on the same day exactly 14 years earlier. Betty’s beautiful smile and spirit will be greatly missed by her family and friends.
Services under the direction of Hogg Funeral Home.