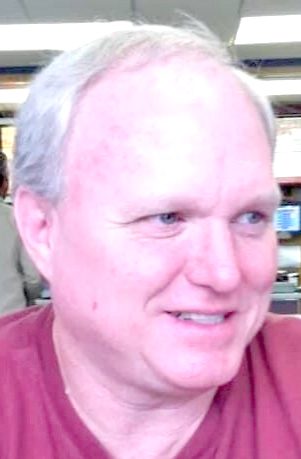 Earl Adcock passed away on Monday, October 18, 2021 at the age of 66, at his home in Mathews, Va. A lifelong Tidewater resident, Earl spent his career designing machines, from submarines to robots, but his true passion was spending time with his family, friends, and in his community. Earl loved experiencing nature, traveling across the country and world, but the Blue Ridge Mountains held a special place in his heart. From tee-ball to bowling, Earl enjoyed coaching both his sons as well as the local “Superstars” bowling league for youths with disabilities, where “Coach Earl” was loved by many. A competitive bowler himself, Earl participated in many tournaments and on teams with his son, Joey. Earl also held a lifelong love of auto racing, passed down by his father. He was preceded in death by his son, Joseph.

He is survived by his wife, sweetheart, and best friend of 45 years, Donna; son, Chris Adcock of Midlothian and his wife Liz; three grandchildren, Owen, Alice, and Emmett, to whom he was known as “Pop-Pop” and to him they were everything; brothers, Harold of the Eastern Shore, and Dale of Daytona Beach, Fla., as well as many cousins, in-laws and many other loving family members and friends. The family will receive friends on Friday, Oct. 22, 2021, from 4-6 p.m. at Faulkner Funeral Homes, Foster-Faulkner Chapel, Mathews. A funeral service will be held on Saturday, Oct. 23, 2021 at 11 a.m. in the funeral home chapel.