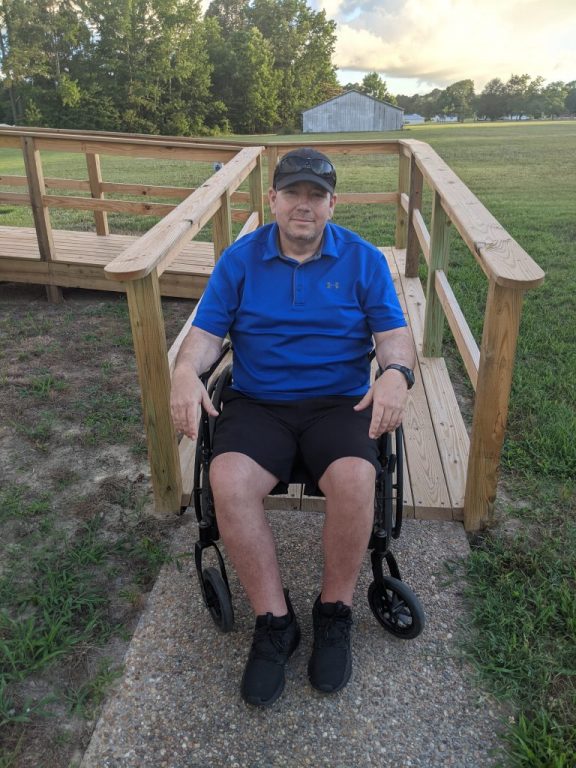 Ben Davis of Dutton is on the list for a liver transplant.

Ben Davis of Dutton, was placed on the liver transplant list Monday, July 6, having undergone treatment for liver disease for nearly four years.

For the first year and a half of his treatment, he had to undergo esophagogastroduodenoscopy (EGD) every 3-4 weeks to treat the areas of his stomach that were bleeding.

After not seeing much positive result from Sentara, Davis was referred to gastroenterologist specialists at VCU in Richmond. The doctors there banded the areas in his stomach that were bleeding. After that, Davis had to go back to the hospital only every 3-5 months.

In January of this year, Davis began to experience bleeding in his lower intestine and had to visit the hospital every 3-4 weeks.