Dutton and Hudgins recount their 50 years with MVFD 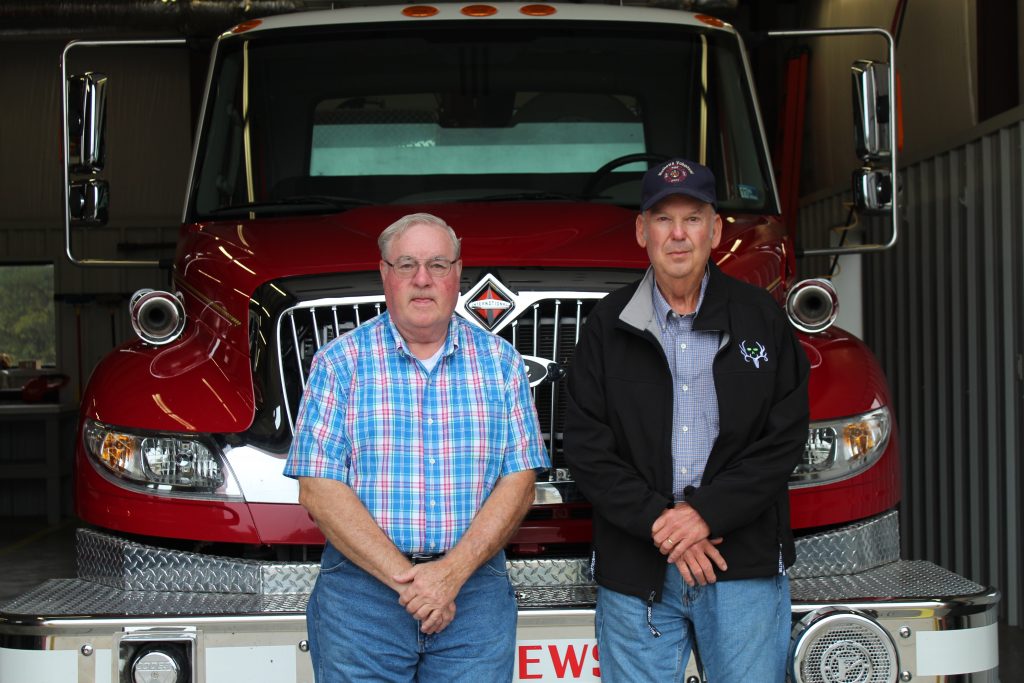 MELANY SLAUGHTER / GAZETTE-JOURNAL Sammy Dutton, at left, and Jimmy “Bullet” Hudgins have been with the Mathews Volunteer Fire Department for about 50 years each and have seen a lot of positive changes throughout their years of service. Here, they are pictured at Station 4 in Cobbs Creek.

Between the two of them, Sammy Dutton and Jimmy “Bullet” Hudgins have devoted a century’s worth of service to the Mathews Volunteer Fire Department.

Throughout their years of service, Dutton and Hudgins have seen a lot of positive changes.

When they first started at the department, they would use World War II canisters to breathe through for fresh air when fighting a fire. In the 1980s, the department switched to using Scott Air-Paks.

They have also seen improvements in communication, buildings and equipment. According to Dutton, all of the stations are equipped with trucks that have good-sized tanks. This is beneficial because all of the stations have to carry their own water to fight fires because of the lack of fire h...