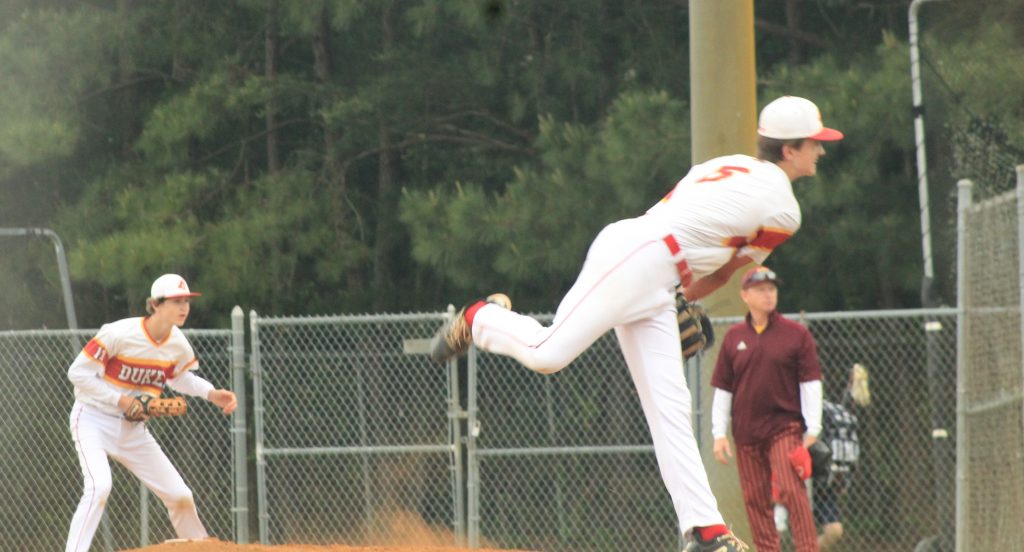 The Gloucester High School varsity baseball team bounced back after a loss earlier in the week to beat the Warwick Raiders at home last Thursday, 11-8.

In the first inning, the Dukes had a rocky start as the Raiders came on strong, scoring two first-inning runs. Gloucester responded by tying up the game, 2-2, in the bottom of the second. Gloucester took a 6-4 lead in the fourth inning after scoring three runs. GHS added five more runs in the fifth inning to secure the win.

The day before, Gloucester fell to the same Warwick Raiders on the road, 5-3. Gloucester had five hits and one error in that game, while Warwick amassed seven hits and two errors. Deyoung had two hits for three at bats and...