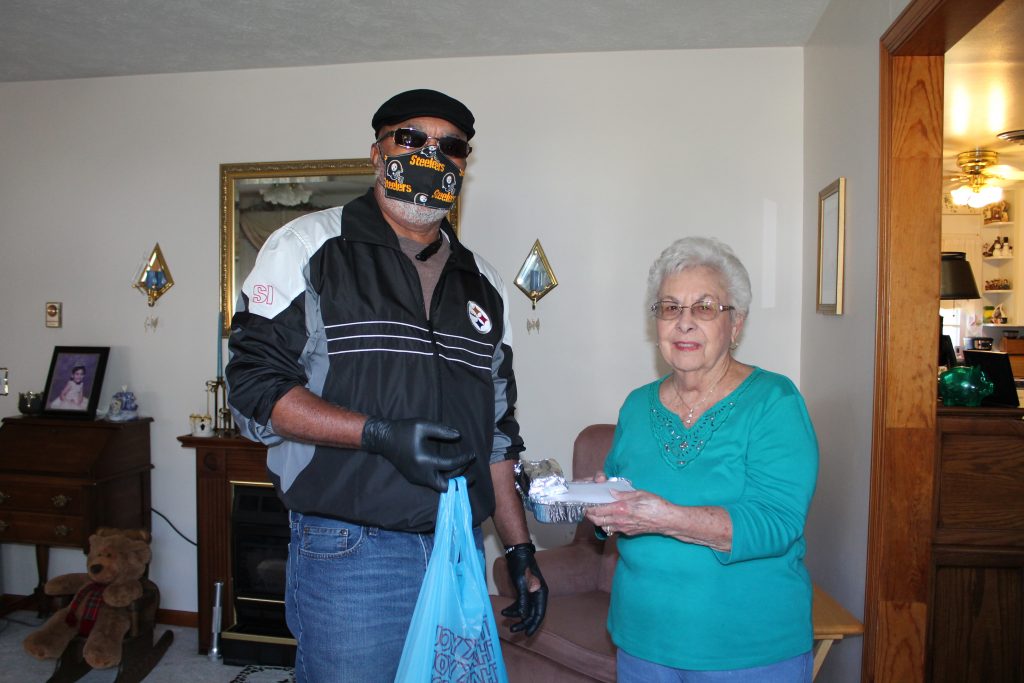 SHERRY HAMILTON / GAZETTE-JOURNAL Mathews Meals on Wheels volunteer Daniel Forrest, left, delivers lunch to county resident Juanita Long, who was thrilled to be able to receive the meals while recovering from an illness.

Mathews native Juanita Long has worked her whole life. Even after selling her florist business and retiring in 2000, she was too bored to stay home, so she continued to work, first at her own shop under the new owner, then at others. For the past five or six years she’s done secretarial work, holding down the fort at an appliance business when the owner is out on repairs.

Then, about a month ago, Long, now 85, became ill and had to spend five days in the hospital. She had hardly ever been sick, so the illness came as a shock to her. It left her weak and unsteady, and her doctor told her not to do anything until she recovered.

Long knew that for the first time in her life she wouldn’t be able to cook, so she put in a request for Meals on Wheels, and she’s glad that she did.

“It’s been a godsend,” said Long. “This was such a shock to me. It’s such a relief to know I don’t have to cook or have my kids bring me food.”

The meals she gets are nutritious and “very, very good,” sa...