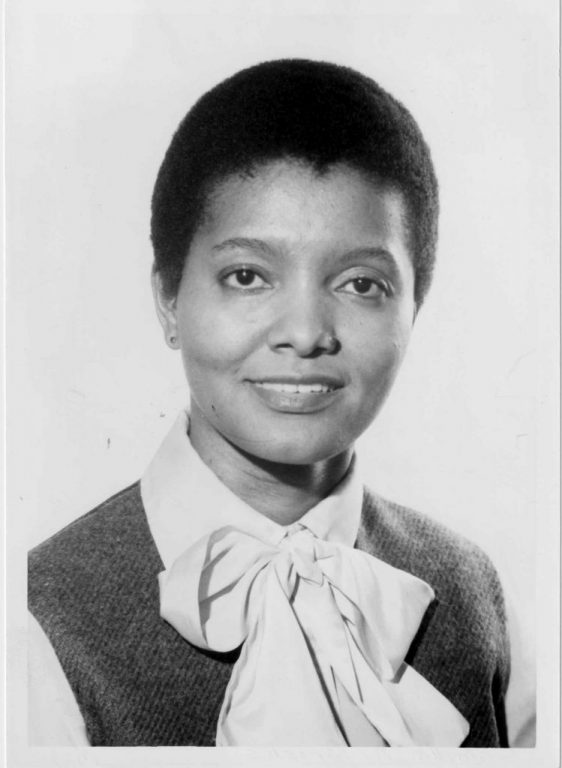 Born at home in Mathews County, Virginia, on September 18, 1946, Camilla Anita Brooks was the youngest daughter of J. Murray Brooks and Marjorie Cooke Brooks of Blakes.

Marjorie Brooks sewed, crocheted, and knitted for her family. Camilla sewed her own clothes when she had the time. Marjorie grew beautiful flowers. Camilla took photos of beautiful flowers. Back in the day, in her home in Upper Marlboro, Maryland, Camilla also developed photos in black and white.

The fragrance of cakes, cobblers, and rolls often permeated Marjorie’s home. Camilla specialized in cakes, muffins, and loaves of bread. Shortly before her death, Camilla reminisced: “Do you remember when you used to go into Washington and I would have dinner fixed when you got back?”

Camilla’s father, J. Murray Brooks, was, for 28 years, principal of and bus driver for Thomas Hunter School during the days of segregation. So that his African-American students did not have to walk five or more miles to school while white students rode in buses, Brooks bought a bus. Parents paid him when they could. When the county finally funded transportation for all its students, Principal Brooks continued to drive the bus as a county employee. In 1961, Brooks became principal in Yorktown, Virginia, where Cornwallis surrendered during the Revolutionary War.

Camilla Anita Brooks was a descendant of runaways who, during the Civil War, reached the Stingray Point Lighthouse, located off the coast of Middlesex County, Virginia. The blockading U.S. Steam Bark Young Rover put down a boat and rescued the Mathews men. Six days later, on the morning of Tuesday, March 25, 1862, the Young Rover took the men to Hampton Roads. That very day, they became part of the replacement crew for the mutinous Arago, a ship chartered by the U.S. Government to ram the former Merrimack, reincarnated by the Confederates into the feared ironclad CSS Virginia. The CSS Virginia had dueled to a draw with the USS Monitor in the famous battle of the ironclads on March 9.

Camilla never served in the military, but she fought many battles. Camilla fought cancer, Camilla fought fear, and Camilla fought the devastating effects of a silent backward fall down a long flight of stairs not her own.

Camilla defeated cancer but kept an eye on the enemy. She managed to outflank most fears most of the time. Her unsteady first steps after the fall evolved sometimes into an energetic advance up 13 steps to be part of the air-wave battles of her daily afternoon drama.

“Seventeen awards?” she was queried.

Camilla studied much and traveled far. Camilla received a four-year academic scholarship to what is now Hampton University, from which she graduated with highest honors. During her junior year, she studied in France and, guided by the then-popular “Europe on five dollars a day,” toured Europe with her two Hampton classmates. During the pandemic, Camilla sometimes studied an old college French book and listened to French tapes.

Formerly Chief of the Research and Development Branch at the Bureau of the Census in Suitland, Maryland, Camilla worked in Atlanta after earning her doctorate degree. The Centers for Disease Control presented Dr. Brooks and her co-authors with a statistical award for statistical excellence demonstrated by highly regarded publication. Brooks eventually formed her own company: CB Quantitatives, Inc.

Camilla Anita Brooks left this life on Sunday, January 23, 2022. On Thursday, February 3, 2022, Camilla joined her beloved parents and brother on the grounds of Ebenezer Baptist Church, located at Cobbs Creek in Mathews, Virginia. She is survived by two sisters: Mrs. Audrey Brooks Hanson of Largo, Maryland, and Constance V. Brooks of Upper Marlboro, Maryland. Through John Murray Brooks, her only brother, who died in 2007, Camilla leaves one niece, two grandnieces, one grand-nephew, and one great-grandniece.