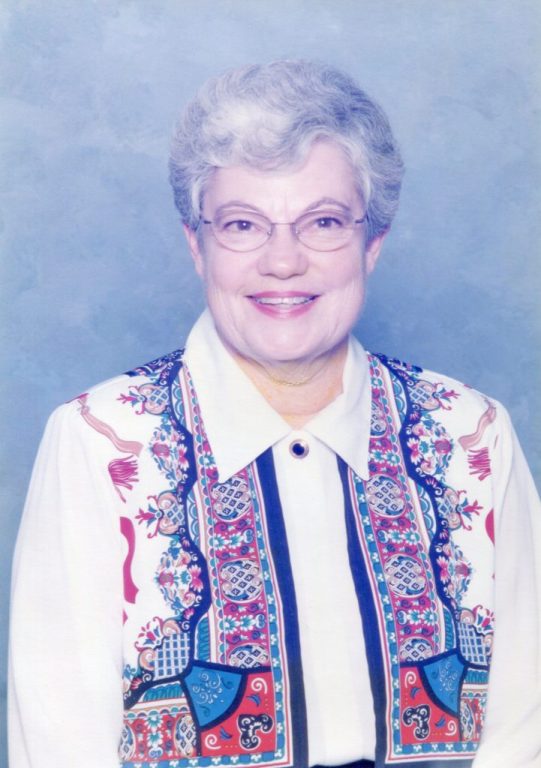 Dorothy Ryland (Dot) Garber, also known as Dorothy Garber Claybrook of Gloucester, Virginia, passed away on Friday, April 30, 2021. Born April 28, 1937 in Richmond, Virginia, she was the daughter of the late Robert Temple Ryland and Neva Austin Ryland. The majority of her youth was spent growing up on the Northern Neck at Sharps, Virginia, where her father was teacher, principal and later Superintendent of Richmond and Westmoreland County Schools. She graduated from Richmond Professional Institute (RPI), now Virginia Commonwealth University.

Dorothy had a wonderful childhood on the Rappahannock River, tagging along wherever her two older brothers ventured. She lovingly watched her father till his large garden each year with mule and blade. His love of all things nature inspired in her a lifelong, deep appreciation for flowers, plants and each and every critter.

Family and heritage were dear to her heart, and she was always present to create wonderful memories with aunts and uncles, cousins, nieces and nephews, and friends, especially at her father’s birthplace, Ingleside, in King and Queen County, Va. She would spend weeks there each year with her niece, Anne Ryland Glubiak and husband Peter, and family, who had renovated Ingleside, playing Santa or Easter Bunny for the children and entertaining other visiting relatives with a mischievous giggle and a twinkle in her eye. Standing around the family piano in front of the roaring fireplace, singing Christmas carols as Dot made the piano dance, was part of what the larger family looked forward to each year almost until her passing.

When she graduated from RPI as an art major, she embarked on almost three decades in Richmond as a commercial artist working for a local firm. At the age of 48, she retired and married her longtime colleague and friend, William Wilson Garber (Bill), entering into 12 years of wonderful and meaningful marriage on their beautiful property surrounded on three sides by Cobbs Creek, in Mathews County, Virginia. She wrote of the sunsets and shimmering, bright moonlight, and the days spent canoeing with Bill and sailing with neighbors. When Bill passed away, Dot gathered up her creative spirit, opening up her windows and playing the organ at night to serenade grateful friends across the creek. She volunteered with art groups, and participated in many clubs and organizations, ranging from the Audubon Society and Red Hat Club to the Daughters of the American Revolution. In her ‘free’ time in her 70s, she was part of a ‘band’ that travelled to local nursing homes and other entities to play uplifting and familiar tunes to the delight of the residents. A multi-talented musician, she dutifully carried her keyboard to each engagement.

In February 2011, Dot was blessed by the Spirit to be joined into another wonderful marriage, to William Lyn Claybrook (Lyn). Their mutual love of music, travel and laughter, as well as their faith and dedication to the church where they met, Grace Covenant Presbyterian Church, were the basis for a rich and deep 10 years of love and adventure. Lyn’s four children and their families added yet another rich dimension to her life, blessing her during a very special part of her journey. Celebrating their milestones, she was constantly there to applaud their accomplishments. Traveling far and wide, Dot and Lyn visited landmarks across the country and abroad, always making time to visit family along the way. They reveled in community musical performances and were staples at the Richmond Pops Band concerts. Indeed, life turned out to be a beautiful, ongoing concert for Dot, who would say that her favorite quote was, “Life is the ‘music’; Love is the ‘song.’”

There will be a graveside service at a later date at Bruington Baptist Church, King & Queen County, Va. Memorial contributions in Dorothy Ryland Garber’s name may be made to: Virginia Baptist Historical Society, UR 34, 410 Westhampton Way, University of Richmond, Virginia 23173. Andrews Funeral Home & Crematory is in charge of arrangements.