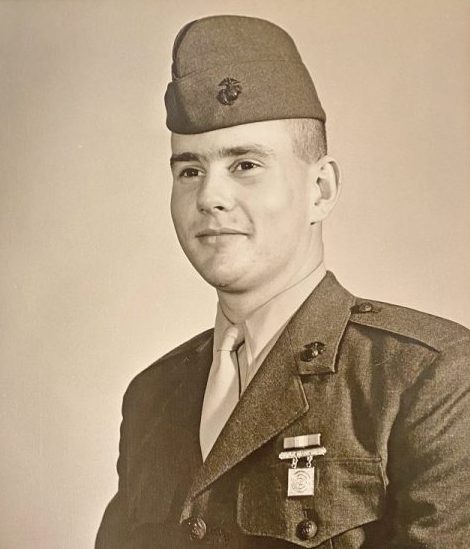 Donald Raymond Mitchell, 75, of Hayes, died Tuesday, June 7, 2022. Don was born on June 19, 1946, in New York. He was adopted and lovingly raised by Raymond and Lillian Mitchell. He grew up in New Canaan, Connecticut, and attended New Canaan High School. He continued his education at St. Olaf College in Minnesota and sang in the prestigious St. Olaf Choir. He enlisted in the Marines and served in the Vietnam War. He was a contract specialist for the National Science Foundation, where he met his wife of 46 years, Judy Mitchell. Some highlights of Don’s time at NSF were: traveling to Antarctica for six weeks and working on the beginning stages of the Internet. Don and Judy had three awesome children and raised them in Dunn Loring, Virginia. Upon retirement, Donald and Judy moved to Hayes and enjoyed their dogs (“Molly” and “Jack”), land, “Rivah” view, and pool on Creekside Lane. Donald was an avid reader and volunteered for political groups and NARFE. Don was preceded in death by his father, Raymond Walter Mitchell, and mother, Lillian Wollgren Mitchell. He is survived and missed by his wife, Judy; two daughters and their spouses, Lara and Curran Runz, and Mary and Kyle Moxley; son, Britt Raymond Mitchell, and four grandchildren, Lauren and Lillian Runz, Charles and Brooks Moxley. A memorial service will be held at Hogg Funeral Home on Tuesday, June 28, 2022, at 11 a.m. In his memory, contributions may be made to a charity of your choice or the Gloucester-Mathews Humane Society, P.O. Box 385, Gloucester, Va. 23061. Services under the direction of Hogg Funeral Home & Crematory.