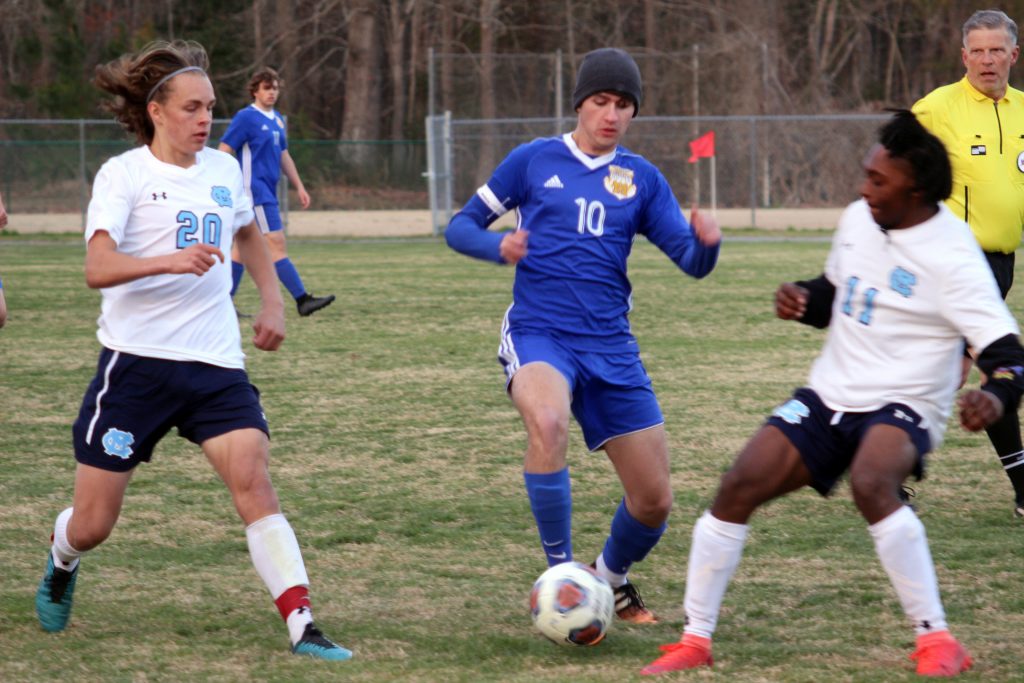 “So far this season, the focus has been mainly on development,” Gregory said. “We are taking young players who are relatively new to the sport and teaching them to play the game properly. This is a long process. And while the team’s results in games have been mixed, there is a noticeable improvement in their skills every day. We are very proud of our student athletes and look forward to continuing the development of the soccer program at MHS.”

The Blue Devils’ season opened on March 16, with Lancaster beating Mathews, 3-2, at Ken Brown Field. MHS dropped its second game on March 18 in a non-conference matchup against Rappahannock, 7-0.

Mathews fell to 0-3 following a 2-1 loss to King William on March 23. The Devils broke into the win column on Friday, March 25, defeating the Northumberland Indians on the road, 5-2.