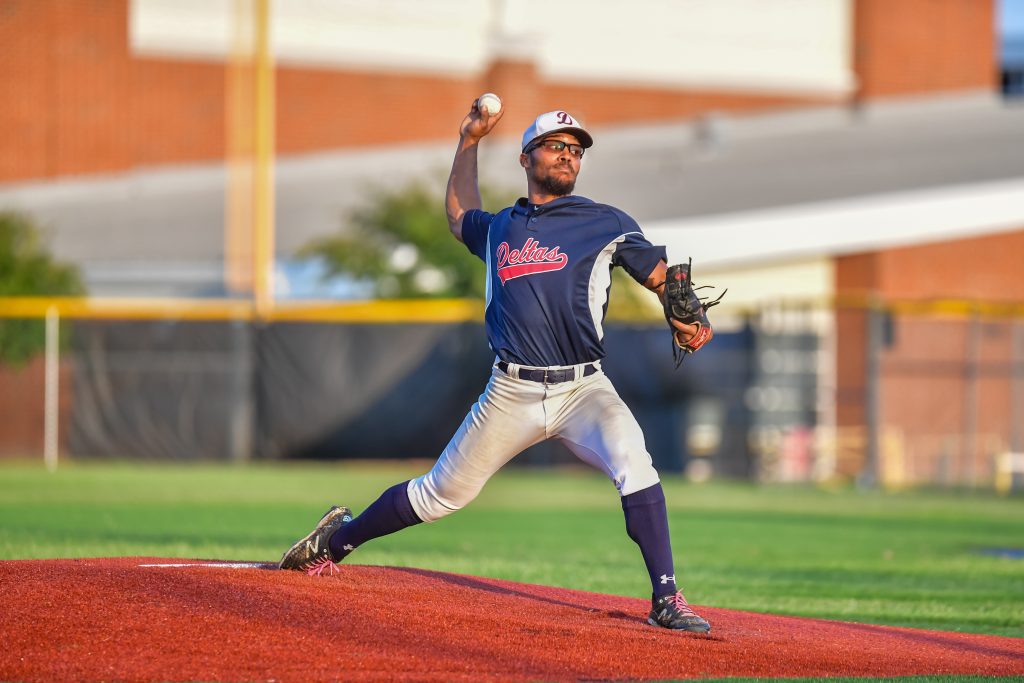 J.C. Hardy pitched a complete game gem while Ryan Pastirik drove in both of Deltaville’s runs, as the Deltas defeated the Richmond El Heaters in game 1 of the Richmond NABA Championship Series by a 2-1 margin on Thursday night in Richmond.

Hardy outdueled Richmond’s ace Justin Bishop, who also pitched a complete game. Both pitchers allowed just six hits. Deltaville scored first, when Jay Sewer led off the bottom of the second inning with a single, stole second base, and scored on Pastirik’s single.

The Heaters struck right back in the third, plating a run on walk and back to back hits to tie the game at 1-1.

Both defenses held through the fifth, but Deltaville took advantage of a Richmond error in the sixth as Sewer reached base after hitting a sharp ball that was misplayed by the Heaters infield. With two outs, Pastirik came through again, launching a double to the left center field gap to score Sewer and give Deltaville the lead.

Hardy went on to retire nine of the next ...