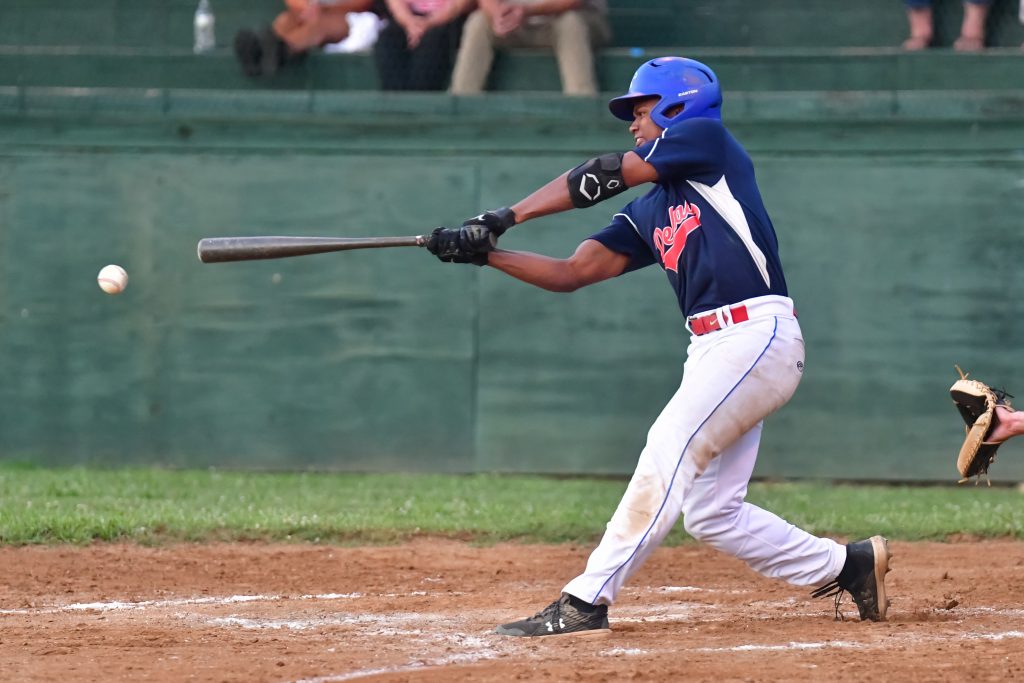 Tyler West drives one of his five weekend hits during Sunday night’s game over the Hurricanes. West went 5-for-7 at the plate over the weekend, driving in eight runs and scoring four times.

It was a great weekend to be a hitter at Deltaville Ballpark, with a pair of high scoring games that resulted in a combined 57 runs being scored. Fortunately for the Deltaville Deltas, their bats were just hotter than those of both of their opponents.

Deltaville defeated the Richmond Brewers in a 16-10 thriller on Saturday night, and held on to defeat the Heathsville Hurricanes, 19-12, on Sunday. The wins move Deltaville to 3-0 on the young season, and give them an early lead in the NABA-East standings.

The Deltas return home Saturday night to face the Caroline Cubs in a 7:30 game at Deltaville Ballpark. Deltas 16, Brewers 10

The Brewers came out swinging hard, playing a pair of runs in the top of the 1st inning to take a 2-0 lead. Deltaville tied the game on a Jacob Houston 2-run double in the bottom ...