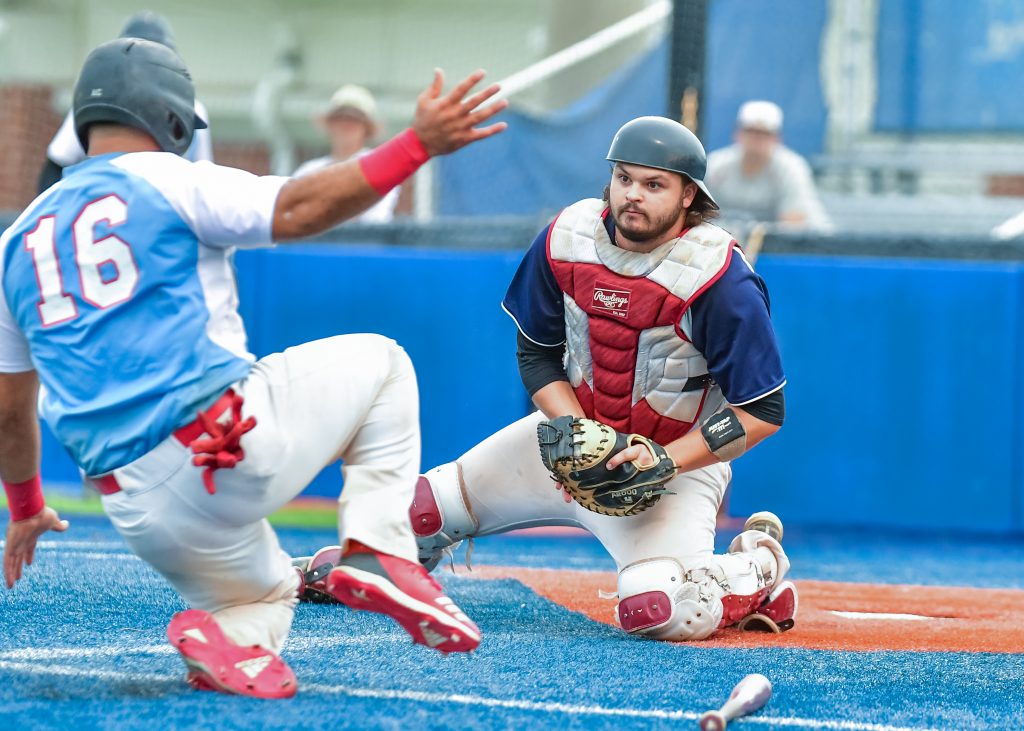 PHOTO BY STEPHEN BLUE Deltas catcher Holden Sandridge waits to make the tag on an advancing Heaters runner in Game 3 on Sunday night.

Nine days and five weather postponements after the Deltaville Deltas defeated the Richmond El Heaters in Game 1 of the Richmond NABA championship series, the Deltas and Heaters finally took the field on Sunday to complete the best-of-three championship.

Unfortunately for the Deltas, they were edged out, and the El Heaters were crowned league tournament champions for the second year in a row.

To ensure the series could be completed on Sunday, both games were played as seven-inning games. The Heaters jumped on top in the first inning as an early Deltaville defensive error allowed the leadoff batter to reach base, who later scored on an RBI single. The Deltas fought back, scoring a run off a leadoff double by Jay Sewer in the fourth inning to tie the game, and took the lead when Travis Crump stole home in the fifth, giving Deltaville a 2-1 advantage.

However, in the bottom of the six...