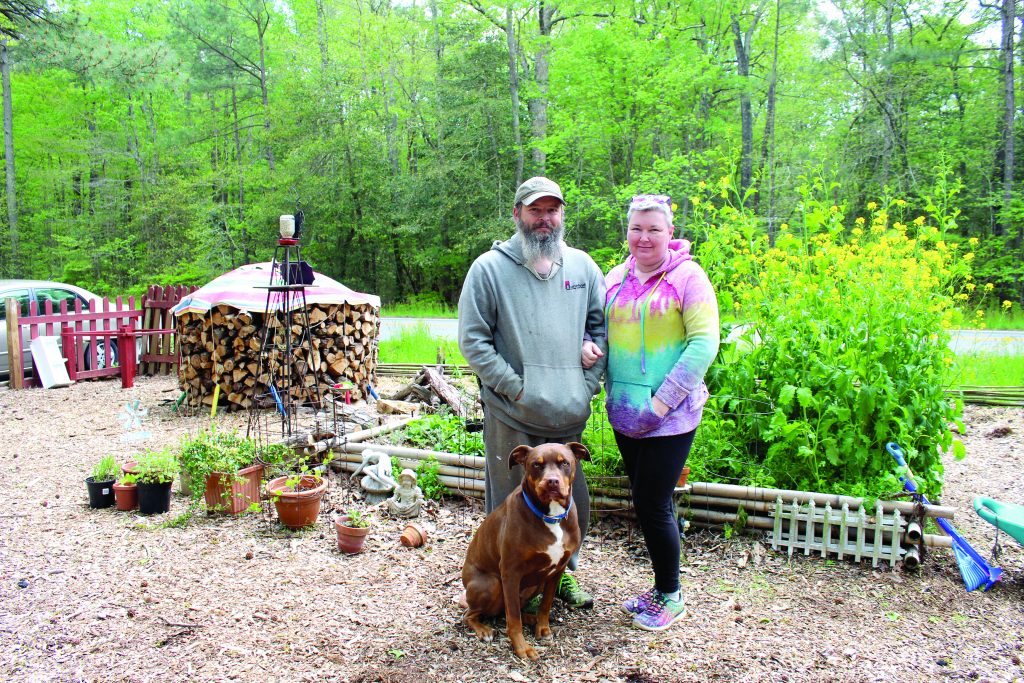 MELANY SLAUGHTER / GAZETTE-JOURNAL Daniel and Liz Hogge of Tabernacle have an at-home animal rescue called Noah’s Ark Animal Rescue. The couple is pictured above with “Joey.”

In this series, the Gazette-Journal shines the light on residents who are working to make this a better place.

MELANY SLAUGHTER / GAZETTE-JOURNALLiz Hogge holds one of her Flemish Giant rabbits which the couple sells to help fund the animal rescue.

Liz and Daniel Hogge of Tabernacle in Mathews County, love animals, so much that they set up an animal rescue site on their property.

Animal rescue is nothing new for Liz who has been involved in taking care of needy animals most of her life.

“I married into it,” joked Daniel.

The couple started their animal rescue program about five years ago. Nonprofit status is currently pending for the couple’s program which is called Noah’s Ark Animal Rescue.

The Hogges have been caring for an unusual hen who eats her own eggs. She has been adopted by someone who wants a hen to help with pest control in the garden, but who does not want eggs.

They work with the animal control depart...