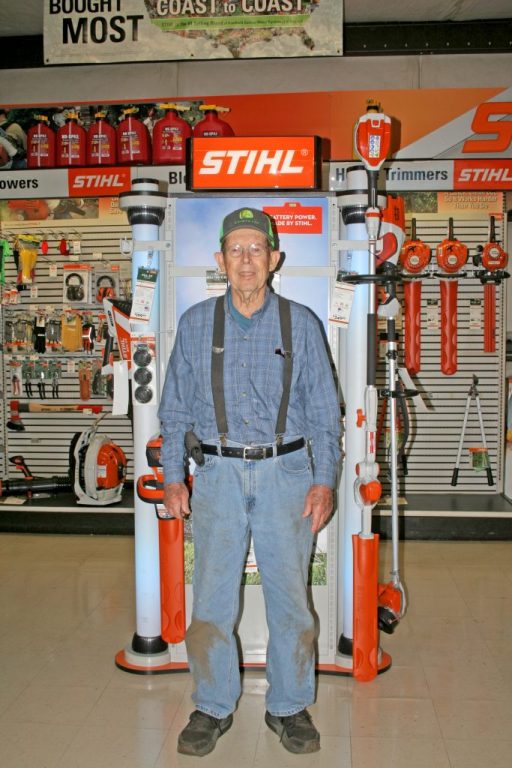 TYLER BASS / GAZETTE-JOURNAL Frank Crittenden founded Chimney Corner on April 1, 1961 and is celebrating the 60th anniversary of the business.

Frank Crittenden and the staff at Chimney Corner Lawnmower, Inc., are in the midst of celebrating 60 years of business.Crittenden founded the business on April 1, 1961 and for a time he was its only employee. Now, Chimney Corner has 15 employees and services five counties and the Hampton Roads area.

Crittenden said that when he opened Chimney Corner, he was also the shop teacher at Mathews High School. He worked both jobs until 1980, when he decided to commit all his time to his growing business.

In 1976, Crittenden sold part ownership to Bobby Diggs who then opened a location in Mathews County. Chimney Corner was incorporated in 1990, and moved the Gloucester location to its current building in 1996.

At the age of 88, Crittenden said he still works full-time in Gloucester during the season and part-time in the off-season.

Currently, Chimney Corner is offering deals on its John Deere products. To learn more about Chimney Corner call them at 804-694-5385 in Gloucester and 8...