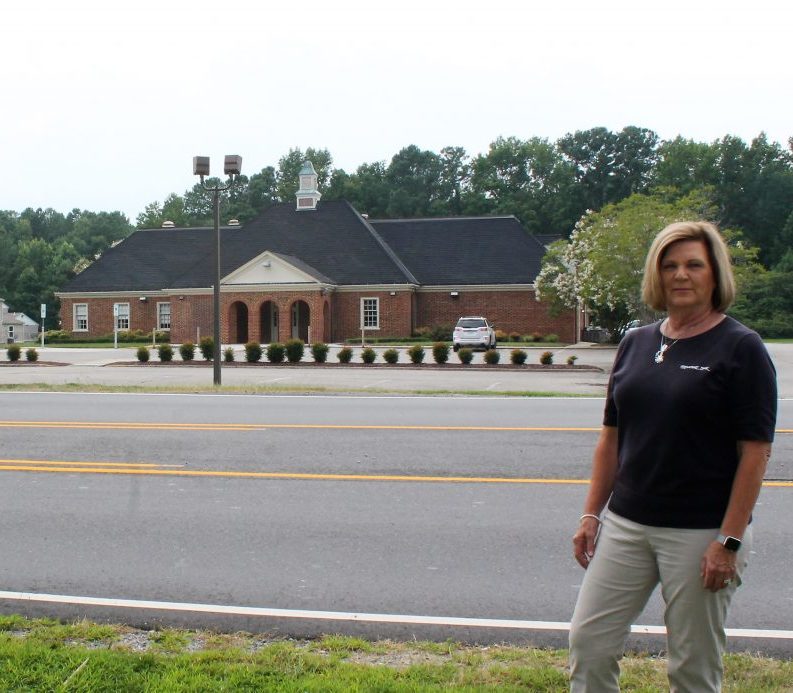 Chesapeake Bank has purchased the former Bank of America building in Mathews and plans to move from its current site at Hyco Corner to the new site sometime early next year. Shown here is Executive Vice President Dianne Hall of Mathews, who has been in charge of the project from the beginning.

The Mathews branch of Chesapeake Bank is making a major move. The bank purchased the former Bank of America building on July 19 and will be relocating to that site sometime next year.

Executive Vice President Dianne Hall, a Mathews resident who worked her way up from the position of teller, is in charge of retail operations for the company and has overseen every aspect of the purchase.

“Ever since Bank of America closed, I’ve wanted to make sure we could buy that building,” she said.

When the current Chesapeake Bank building, located near Hyco Corner, was built in 1980, it was “a wonderful size,” she said, “but we’ve outgrown it.” The parking lot is no longer big enough and the drive-through windows back up regularly, she said. The bank is located on just 0.92 acre of land.

The Bank of America building, in contrast, has better ingress and egress, four acres of land, and a much more spacious interior.

“We knew we had to do something, and we decided to move forward if we ...