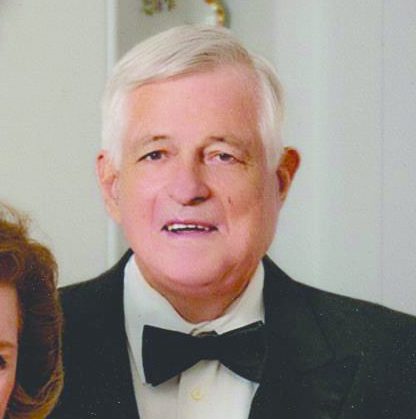 Charles Augustus Banks III (Charlie to most everyone) was born in Greensboro, North Carolina, to Charlie and Madge Banks on Dec. 20, 1940. He died Monday, June 27, 2022.

His family moved to California where they lived in San Bernardino until Charlie’s junior year in high school when they moved to Hempstead, Long Island, in 1957. Charlie played varsity football and lacrosse, and then went to Brown University where he continued playing varsity football and lacrosse. He was Captain of the lacrosse team his senior year. He joined the Delta Tau Delta fraternity.

Charlie and Mari Ann met at a Winter Weekend mixer and fell hard for each other. They were married in Lexington, Massachusetts, in November 1962. They would have been celebrating their 60th wedding anniversary this November.
Charlie did NROTC at Brown and at graduation was commissioned an Ensign. He proudly served three years active duty and then five years in the Reserve. Charlie worked for the mortgage company, Cameron Brown, and was transferred to Newport News in 1966. He met David Peebles and hired on with him to be the “First Trainee” in 1967 (then Peebles Supply). Charlie paved the way for future trainees!

Charlie and Mari Ann moved from Newport News to Washington, D.C., then down to Atlanta to set up regional headquarters for Ferguson; then back to Newport News where he was tapped to be the next President of Ferguson. He held that office for 12 years, during which time he also served as President of Southern Wholesalers Associates, and then on to serve as the Board Chair of the National Association of Wholesalers.

Charlie became the head of Wolseley plc, the company who purchased Ferguson in 1983. He and Mari Ann moved to England in 2001 and lived there until 2006 when they were happy to come back to their Gloucester home, “White Hall.”
They have been very involved with many state and local charities and organizations; to list just a few: Jamestown-Yorktown Foundation, Virginia Symphony, Virginia Living Museum. Charlie served two terms on the Board of Visitors at the College of William and Mary; also he served as Chairman of the Board of the Mason School of Business at William and Mary. Charlie was inducted as an Honorary Alumnus. He was given an Honorary Degree from Christopher Newport University. He was also given an Honorarium from Oxford University.

Charlie was very helpful in getting the Ferguson Center for the Arts underway and was still supportive through the Encore Society. Charlie and Mari Ann were both honored last December by the Hampton Roads Chamber of Commerce as the Citizens of the Year. Hampton Roads knows how much Charlie has given to Virginia and how much he will be missed.

Charlie is survived by his wife of 59 years; a daughter, Tricia and her husband Scott Russell; a son, Charles Banks IV and his wife Ali, and son, Doug Banks. He also leaves seven grandchildren, Scott Russell and his wife Ashley, Rob Russell and Josh Russell, McMillan Banks Beyers and her husband Dillon Beyers, Charles A. Banks V, Augusta Banks, and William Banks. He also leaves his loyal dog “Whisky.”

Charlie was a loving husband, father, grandfather, and a good friend to many.

A funeral service will be held on Thursday, June 30, 2022, at 11 a.m. at Abingdon Episcopal Church. Burial will be in the church cemetery.