Celebrating a century of birthdays 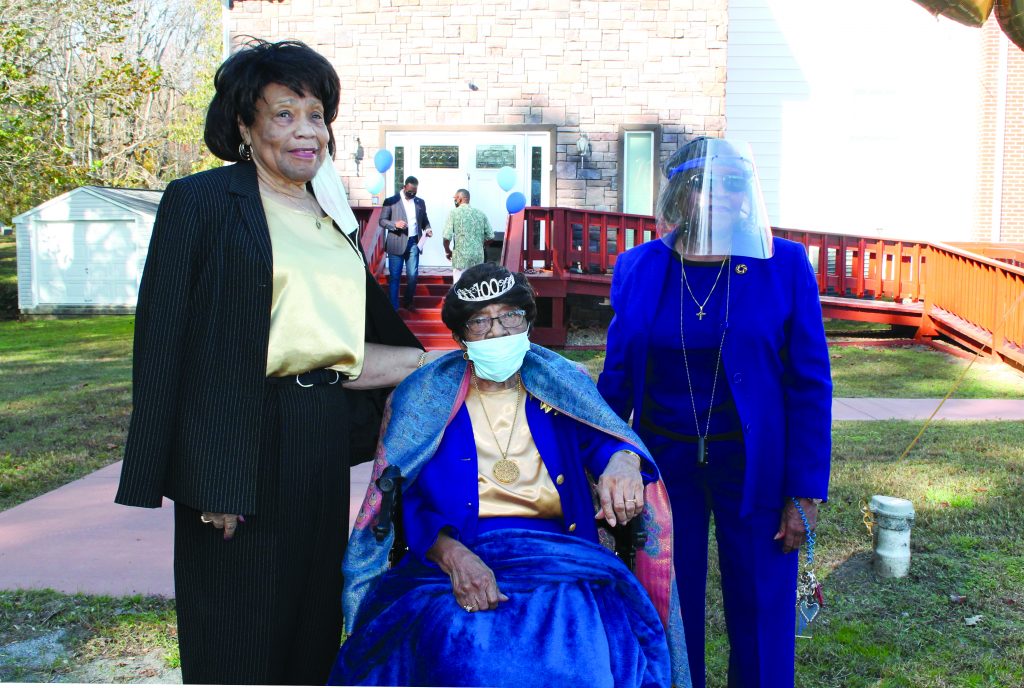 SHERRY HAMILTON / GAZETTE-JOURNAL Pagie Cosby, seated, celebrated her 100th birthday on Saturday, Nov. 7, along with her daughters Florene Cosby White, left, and Dorothy C. Cooke. Over 100 family members and friends gathered in the parking lot of Bethel Baptist Church at Sassafras for the celebration.

During the brief ceremony, which was led by Cosby’s grandsons Deacon Nathaniel R. Cooke Jr. and Elder James E. White Jr., two other grandsons, Raynard and Dwane Salaam, shared facts about what the world was like in 1920, the year Cosby was born. It was the end of a two-year bout with a Spanish flu pandemic in the country, said Dwane, and lots of businesses were closed, while people were “walking around wearing masks a lot.” On the upside, gas was only 33 cents a gallon.

Raynard said the favorite songs that year were “Dardanella” and “Whispering,” and some of the popular movies were the silent films “Dr. Jekyll and Mr. Hyde” and “Last of the Mohicans.”