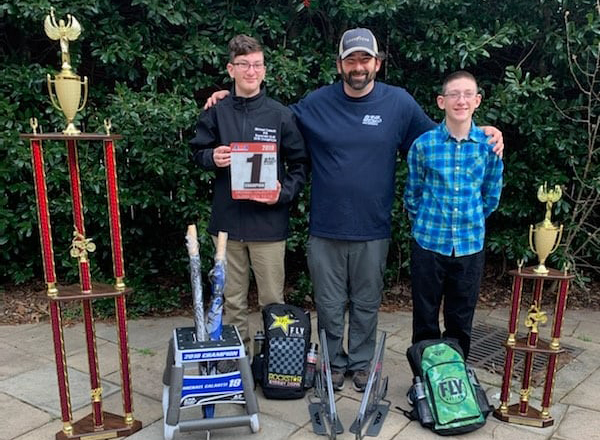 Mathews brothers Michael Calautti, at left, and Vincent, right, with father Michael in the middle, stand next to some of the trophies they took home from a successful Motocross season.

Like most teens, Michael Calautti, 14, and his 13-year-old brother Vincent are active in sports. But the pair participates in a different kind of sport than most of their classmates. And they are both excelling.

The boys participate in three divisions—District 13 MX, U.S. Eastern MX, and District 29 MX. Michael was able to win first in all three divisions, while Vincent placed third, and also was awarded Sportsman of the Year. An almost year-long commitment, their season stretches from February through November.

The brothers tried different sports, but none seemed to stick. What the boys did enjoy was riding their bikes around t...