Bridge over Dragon Run expected to reopen in early September 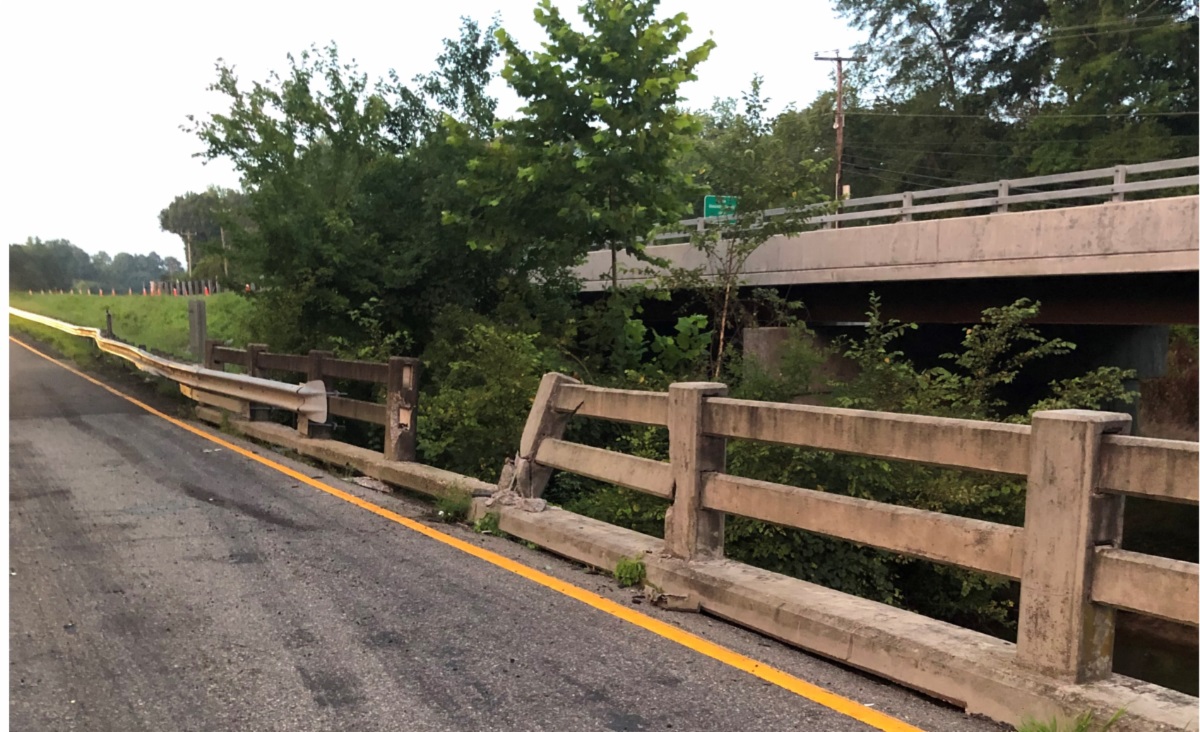 Starting next week, the Virginia Department of Transportation will carry out emergency repairs to the Route 17 northbound bridge over the Dragon Run at the Gloucester/Middlesex county line, after a series of vehicle crashes on Sunday, Aug. 21 significantly damaged the bridge.

Crews will install around 90 feet of new concrete bridge rail, and repair damaged guardrail. Weather permitting, the two-lane bridge is anticipated to reopen to traffic in early September.

Route 17 traffic remains reduced to a single northbound and southbound lane near Dragon Run, with all traffic crossing the southbound bridge. The bridge has remained closed to traffic following the crashes for motorist safety.

Route 17 traffic will remain in this temporary traffic pattern until the bridge reopens in September.

As part of Virginia’s State of Good Repair program, construction on an estimated $12.5 million bridge replacement project at Route 17 northbound over Dragon Run will begin in spring 2028.

State of Good Repair funds are dedicated toward rehabilitating and replacing deficient bridges and pavements across Virginia.