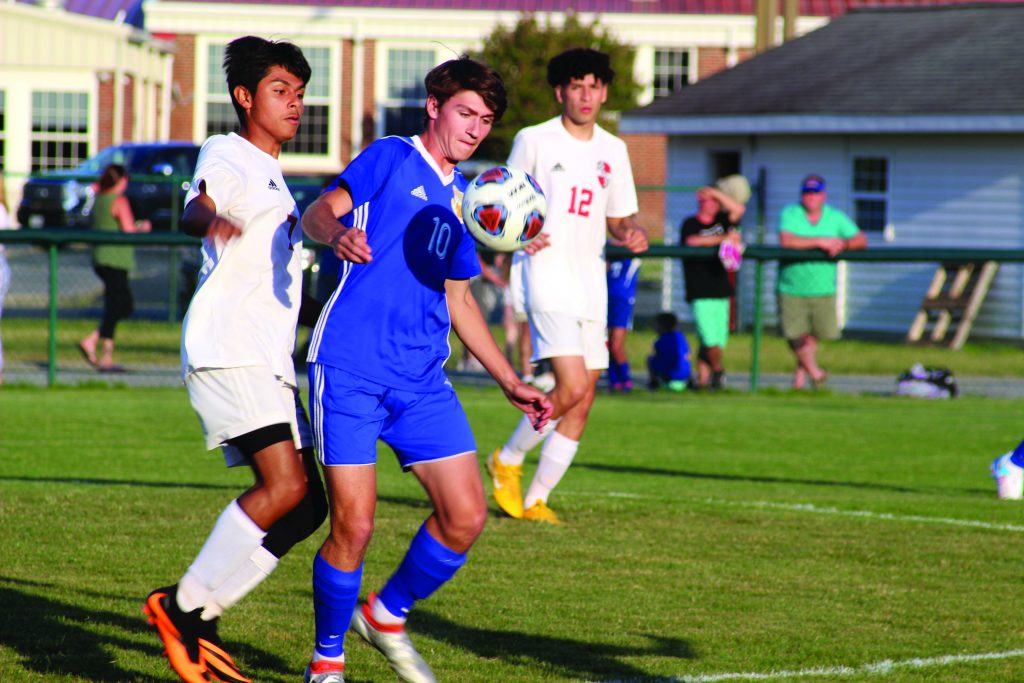 The Mathews High School varsity soccer team split a pair of games against Northern Neck opponents during the past week, shutting out Lancaster on the road last Wednesday, 2-0, and falling to the visiting Rappahannock Raiders, 4-0, on Friday.

Nasir Thomas and Cameron Stearns provided the scoring for Mathews in the win over Lancaster, while goalie Jackson Putt recorded 17 saves, keeping the ball out of the net.

Against Rappahannock, Mathews fell behind early, trailing at the half, 3-0. “I was much happier with the second half than the first and I came out of that game feeling that we’ll be able to continue what we did in the upcoming games,” said head coach C.K. Ambrose.

“We started to just play simple soccer and not do too much,” he added. “We didn’t try to force the issue in the second half. We made simple passes and that gave us more opportunities to score. Unfortunately for us, we just weren’t able to put the ball in the back of the net. I’m hoping that the team now realize...