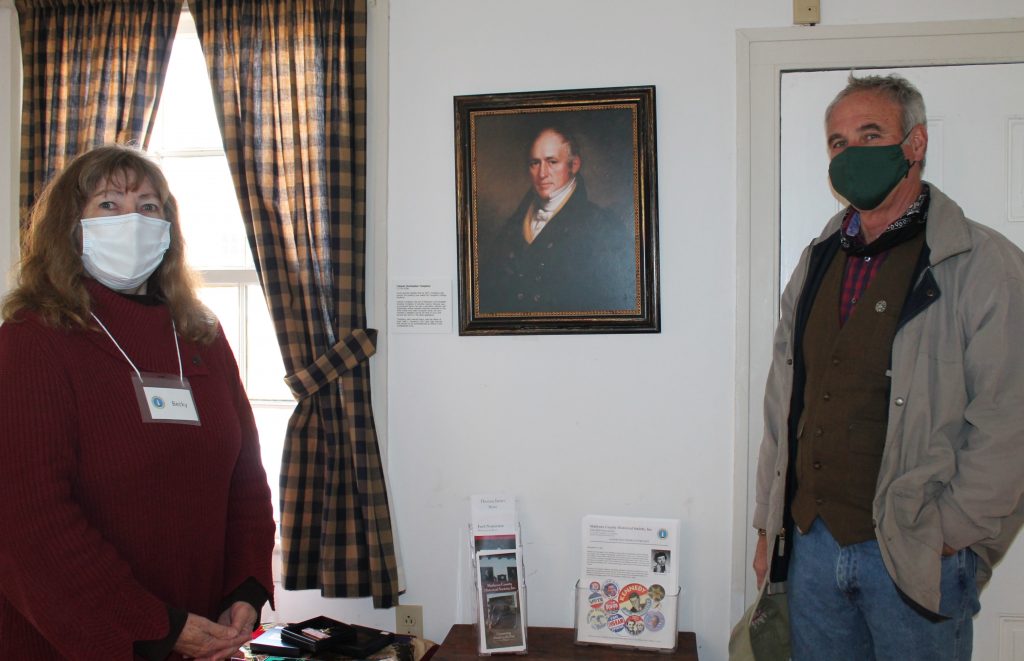 SHERRY HAMILTON / GAZETTE-JOURNAL Mathews County Historical Society members Becky Barnhardt, left, and Steve Pope greeted visitors on Saturday at the Tompkins Cottage Museum adjacent to the Mathews Court Green. They are shown with a portrait of Col. Christopher Tompkins, for whom the cottage was named.

The Mathews County Historical Society is celebrating the 200th anniversary of Tompkins Cottage in Mathews by honoring the man it was named for: Colonel Christopher Tompkins.

Tompkins was a prominent mariner, shipbuilder and store owner who commanded a battalion during the War of 1812 and served two terms in the Virginia legislature, said a museum handbook. He was also the father of Capt. Sally Tompkins.

Built ca. 1820, the cottage had been purchased by Col. Tompkins by 1837, said the handbook. During the ensuing years, the cottage’s tenants included a tailor and his wife, a Methodist minister and his family, and two dressmakers.

In 1904, F. Theodore Miller purchased the cottage. He was a photographer, artist, inventor and taxidermist who repaired watches and clocks and made eyeglasses. His wife, president of the Mathews Civic League and a founding member of the Capt. Sally Tompkins Chapter of the United Daughters of the Confederacy, sold ladies’ corsets.