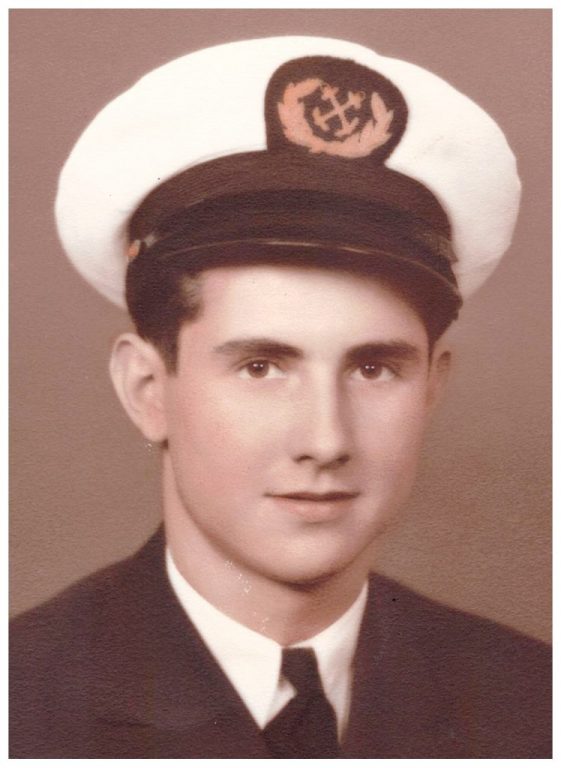 He was preceded in death by his parents, his five siblings, and his wife of 71 years, Lois Owens Fitchett.

Benjamin is survived by his daughter, Cynthia Bridges (Herbert) of Prince George; his son, Frank Fitchett of Gloucester Point; a granddaughter, Kathryn Bridges Jackson (Larry), and a great-granddaughter, Ellory of North Carolina.

A native of Mathews County, Benjamin pursed a career in the Merchant Marine with a total of 39 years of service. He retired in 1983 from the Gulf Oil Corporation with 25 years of service. The other years of his seafaring work were a combination of wartime service and work with Esso Oil Corp. During WWII Benjamin was involved in the Merchant Marine effort to deliver needed supplies to the Allies in Europe and North Africa. Benjamin was a member of Mathews Oriental Lodge #20 AF & AM for over 50 years. He was a former member of the Tidewater Shrine Club in Portsmouth, Va. As a proud veteran of WWII, Benjamin was a member and past Commander of the Mathews Post 83 of the American Legion. He enjoyed bird-hunting, fishing and cultivating oysters. He loved to play his guitar and sing country music songs. For the past three years, Benjamin has resided at Dunlop House Assisted Living in Colonial Heights, Va. Due to coronavirus restrictions, burial was private with only the family attending. The Rev. Dede Parrish, pastor of St. Paul and Beulah United Methodist churches, officiated. Memorial donations may be made to St. Paul United Methodist Church Building Fund, c/o Melanie Miles, P.O. Box 13, Port Haywood, Va. 23138. Faulkner Funeral Homes, Foster-Faulkner Chapel, Mathews, assisted the family.