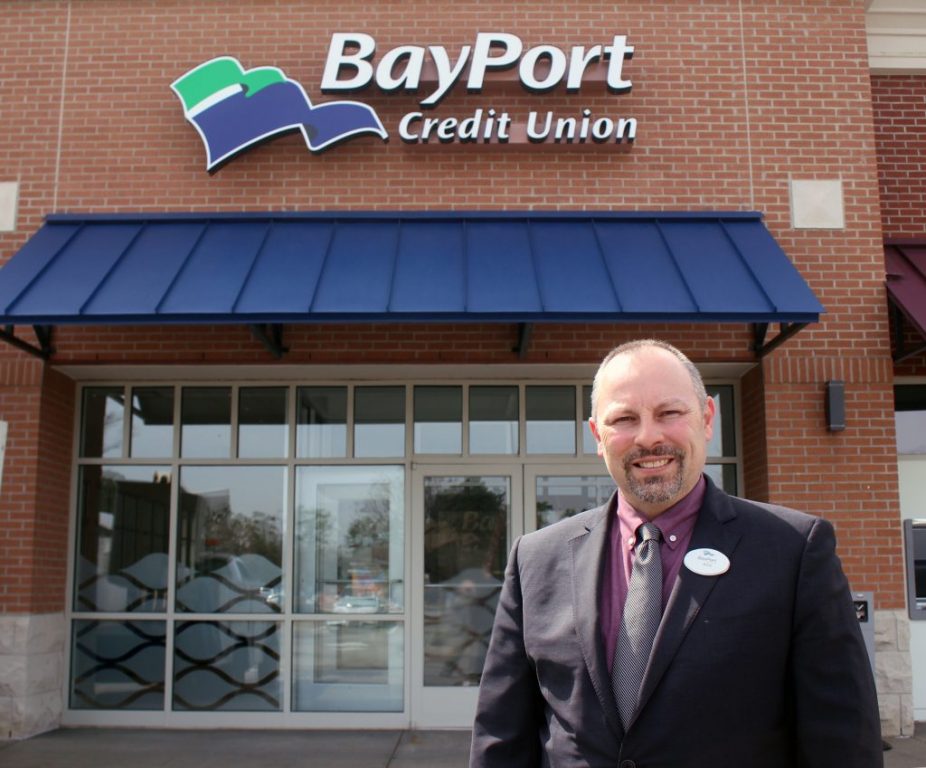 CHARLIE KOENIG / GAZETTE-JOURNAL Rick Myers, manager of the newly opened Gloucester branch of BayPort Credit Union stands in front of the location, which can be found at Fox Mill Centre. The branch opened to the public on March 23.

BayPort Credit Union announced last week the opening of three new branches, including its Gloucester Court House area location, which opened its doors to the public on Tuesday, March 23.

The new Gloucester branch is located at 6723 Fox Centre Parkway in the Fox Mill Centre. This branch provides a third option for members to bank, in addition to the Hayes and Grafton branches. The Hayes bank can be found in front of York River Crossing.

In addition to the lobby, the new branch will feature both a traditional ATM as well as a drive-thru YourTeller interactive teller machine, which allows customers to perform complex banking tasks unavailable through a regular ATM.

“We are always looking for opportunities to better serve our existing members and spread the BayPort story to our communities,” said BayPort president and CEO Jim Mears. “These new branches are a continuation of the people helping people, community-based banking that has been our mission for over 90 years.”