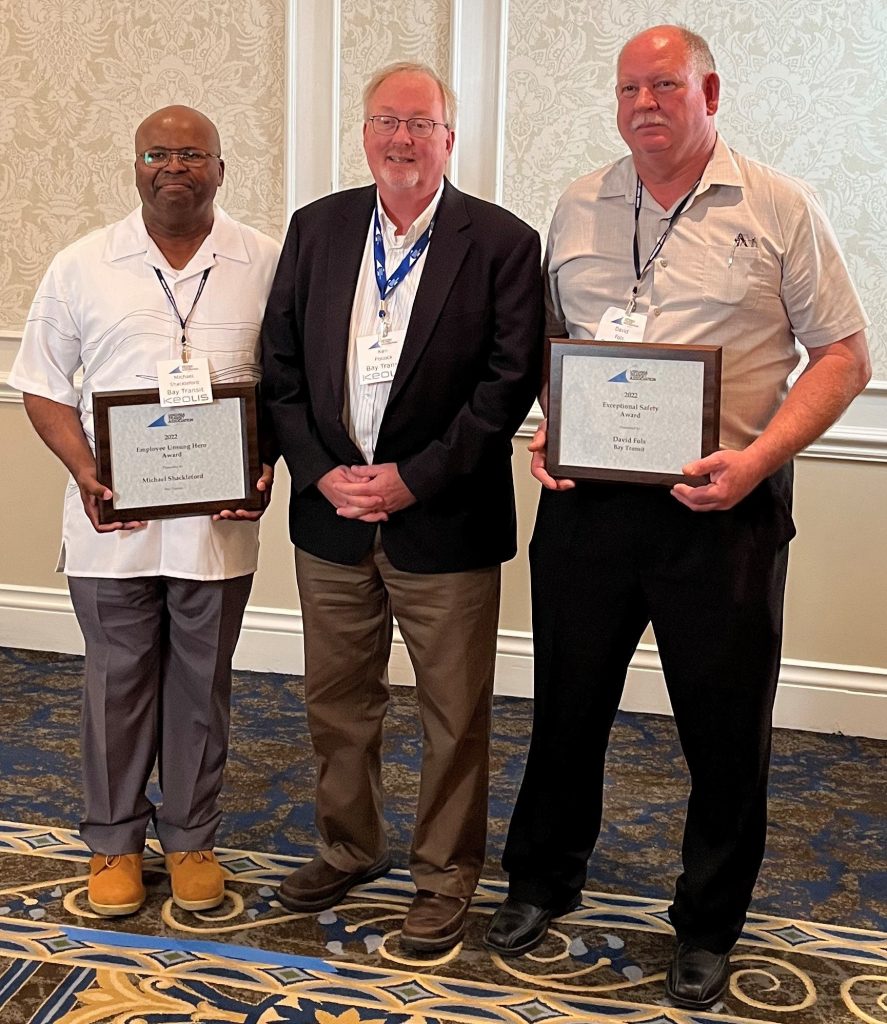 For the third consecutive year, Bay Transit, the public transportation division of Bay Aging, was recognized with awards from the Virginia Transit Association.

“I’m so proud of our team and thrilled for Michael and David,” said Bay Transit Director Ken Pollock. “For the third year in a row, Bay Transit has earned well-deserved recognition from their peers at transit systems across Virginia. We may be one of the smaller transit systems in Virginia, but our commitment to innovation and excellence have really distinguished Bay Transit as a leader in our industry.”

While Shackleford might tell you he was just doing his job, the Rev. Dr. Maria Harris described the suppo...