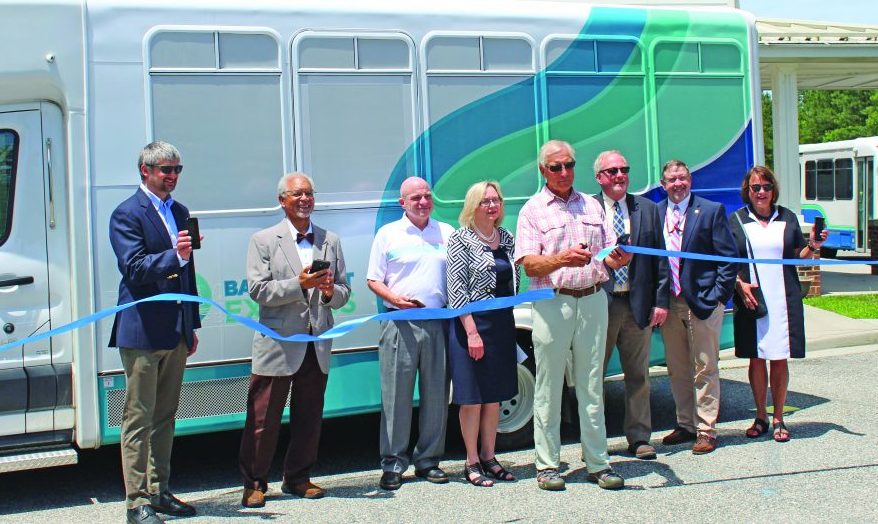 The state-of-the-art, on-demand public transportation service is now available in the Gloucester Court House area Monday-Friday from 8 a.m. until 3 p.m. Rides cost $2 per customer with additional passengers, such as family members, paying $1 per ride. Patrons will be able to book rides by using the Bay Transit Express mobile app.

“It’s just one more example of Bay Aging being on the cutting edge,” said Kathy E. Vesley, President and CEO of Bay Aging about the new service at Monday’s ribbon-cutting ceremony.

According to Wood Hudson, Transit Planner from the Virginia Department of Rail and Public Transportation, said that the program, which is the first of its kind in rural Virginia, will run for 18 months in Gloucester along with the town of Big Stone Gap. Big Stone Gap’s service (MetGo!) is being operated by Mountain ...