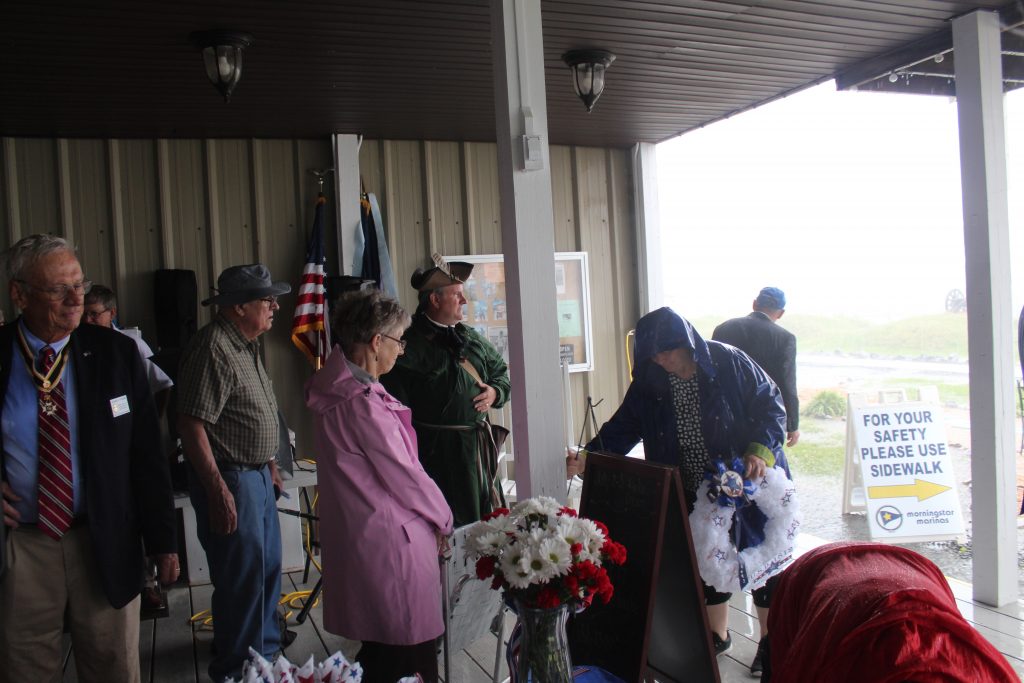 MELANY SLAUGHTER / GAZETTE-JOURNAL Although unfavorable weather may have interrupted some of the 246th anniversary of the Battle of Cricket Hill, attendees still made the best of the wet weather Saturday at Morningstar Marina.

The James Monroe and Richard Henry Lee chapters of the Virginia Society of the Sons of the American Revolution (VASSAR) hosted a celebration of the 246th anniversary of the Battle of Gwynn’s Island at Morningstar Marina in Hudgins, which was interrupted by a torrential downpour.

The ceremony, which was supposed to take place outside, was conducted on the porch of the marina with guests sheltered under an awning.